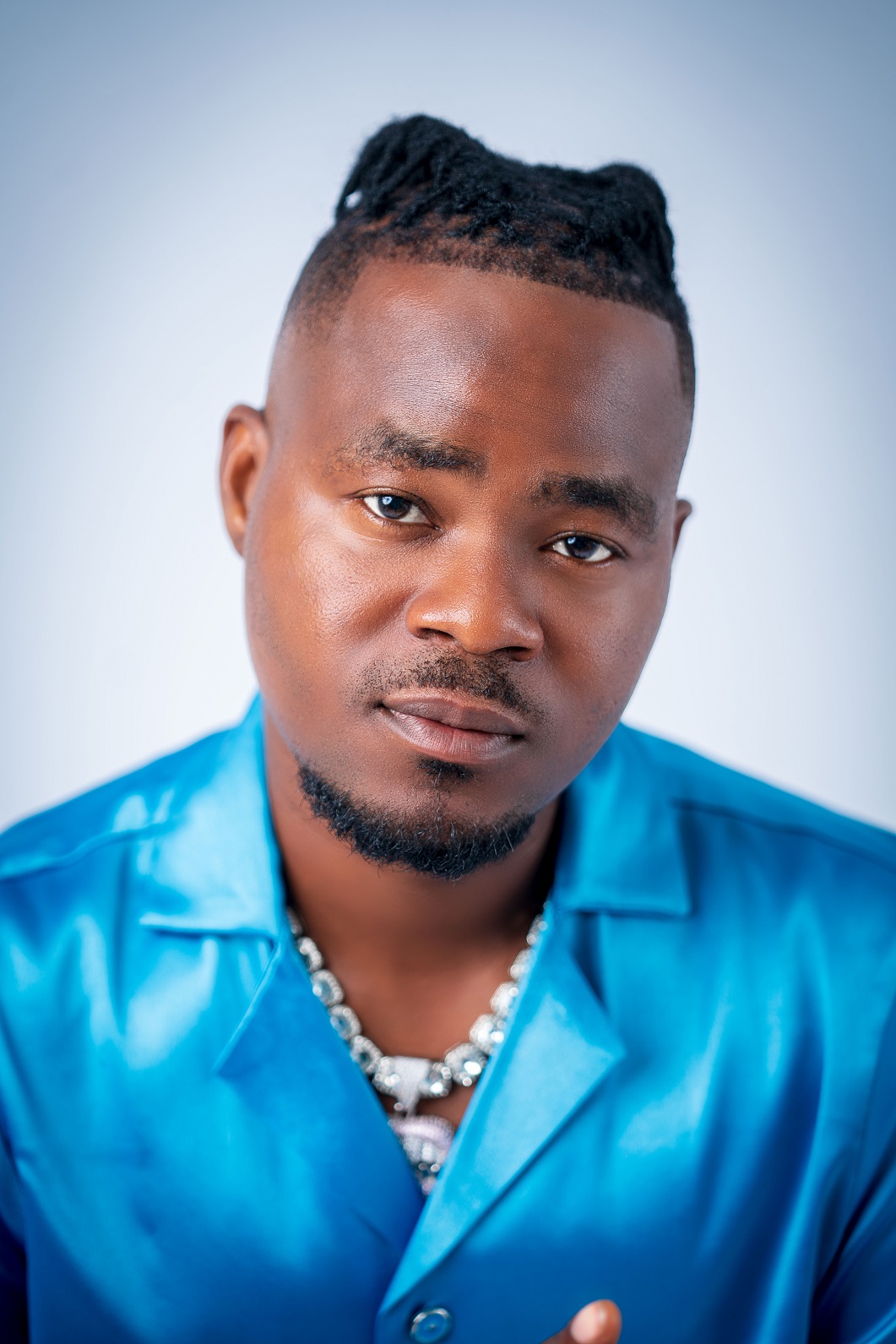 After scoring a major comeback with an earlier song “Baby”, which saw him doing a first major media tour for a single, T-Ben Miller returns with a more energized self.

T-Ben Miller drops another single titled “Mayana”, which he says is the second single off his upcoming EP he’s named “No Bad Times”.

“Mayana”, a British native word which means “Comfort Me”, was the soothing phrase T-Ben uses as the theme to thing song. The song was produced by Hairlergbe, mixed and mastered Mix Master Garzy. The song is an uptempo Afrobeats jam with an Amapiano touch that suits the current waves of hits; he intentionally employed this strategy to help him get into the list of charting songs already disturbing the playlists across the world.

“Mayana” (Comfort Me) might be perceived by some people as just a love song or translated directly as a song whose content speak about a male figure trying to console a female in hard times but there is more to it.

T-Ben Miller is prepping to serve his fans his debut EP titled “No Bad Times”, a catalogue he says he will be releasing in singles before the full package drops later. He recently toured radio stations across Volta Region, his homeland, to familiarize and widen his turf while undergoing voice training sessions to hone his craft better.

Tell me why you sober

I want to see you ginger”

…highlights the struggles of life. As individuals, especially in these times, we are faced with varied forms of depression without knowing the reason(s) to that feeling. These problems seem to have no end, the more we try to solve them, the more problems we create and the more problems we get. And everybody keeps struggling. The song is supposed to be a calming phrase to comfort those in distress because as long as we are alive and are humans, problems never end. Problem no dey finish.

“Mayana” is out with a pre-save link. Fans can cop it here (below): http://li.sten.to/tbenmillernobadtimesep 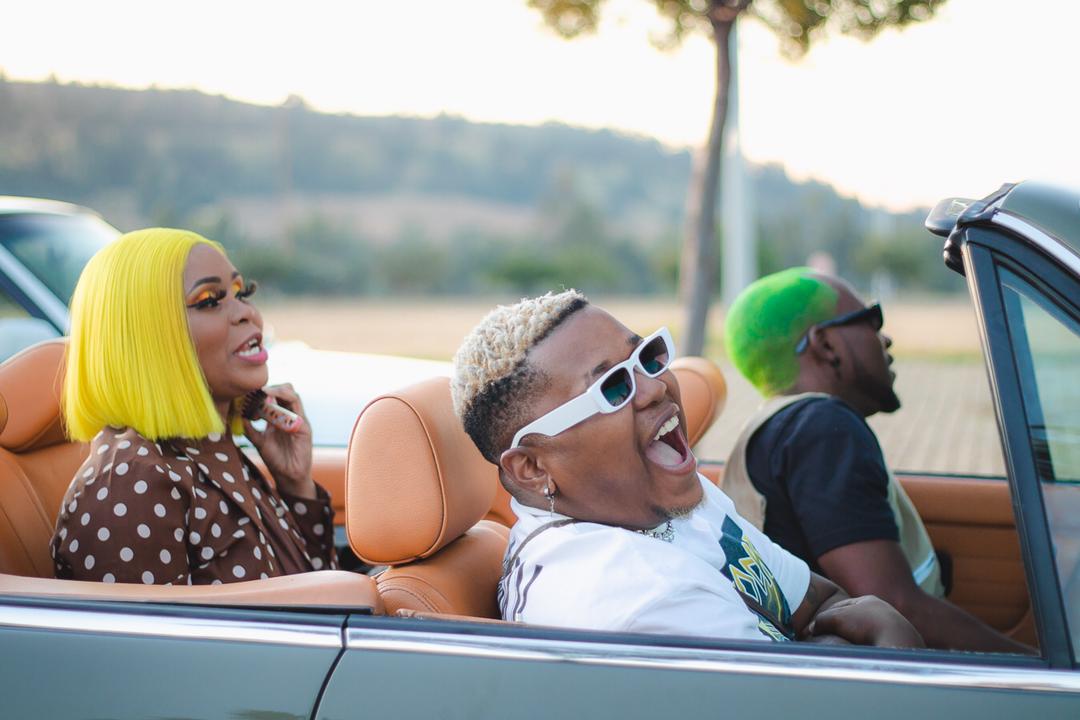 “Gushehe” is an Amapiano and Afro-beats single that, lyrically, speaks to the growing popularity of Amapiano as a sub-genre in house music and its infiltration into the South African dance club culture. The single has gone on to become a fan favourite, even with very little promotion and marketing by the artists, because of its distinctive sound and how it cleverly subverts the house sub-genre in its sound. Since its first radio play, the hook of the song continues to trend on social media with people writing, Gushehe” or “Ngphethi ntsimbi yabelungu igusheshe maan,” which are some of the song’s lyrics. Fans have also gone on to either post reaction videos to the song, or images and memes that encapsulate how they feel when they hear the song.

The visuals for “Gushehe” are a captivating and colourful music video that will have you glued to your screen and singing along.

The video was shot in South Africa and was directed by Some Idiot. 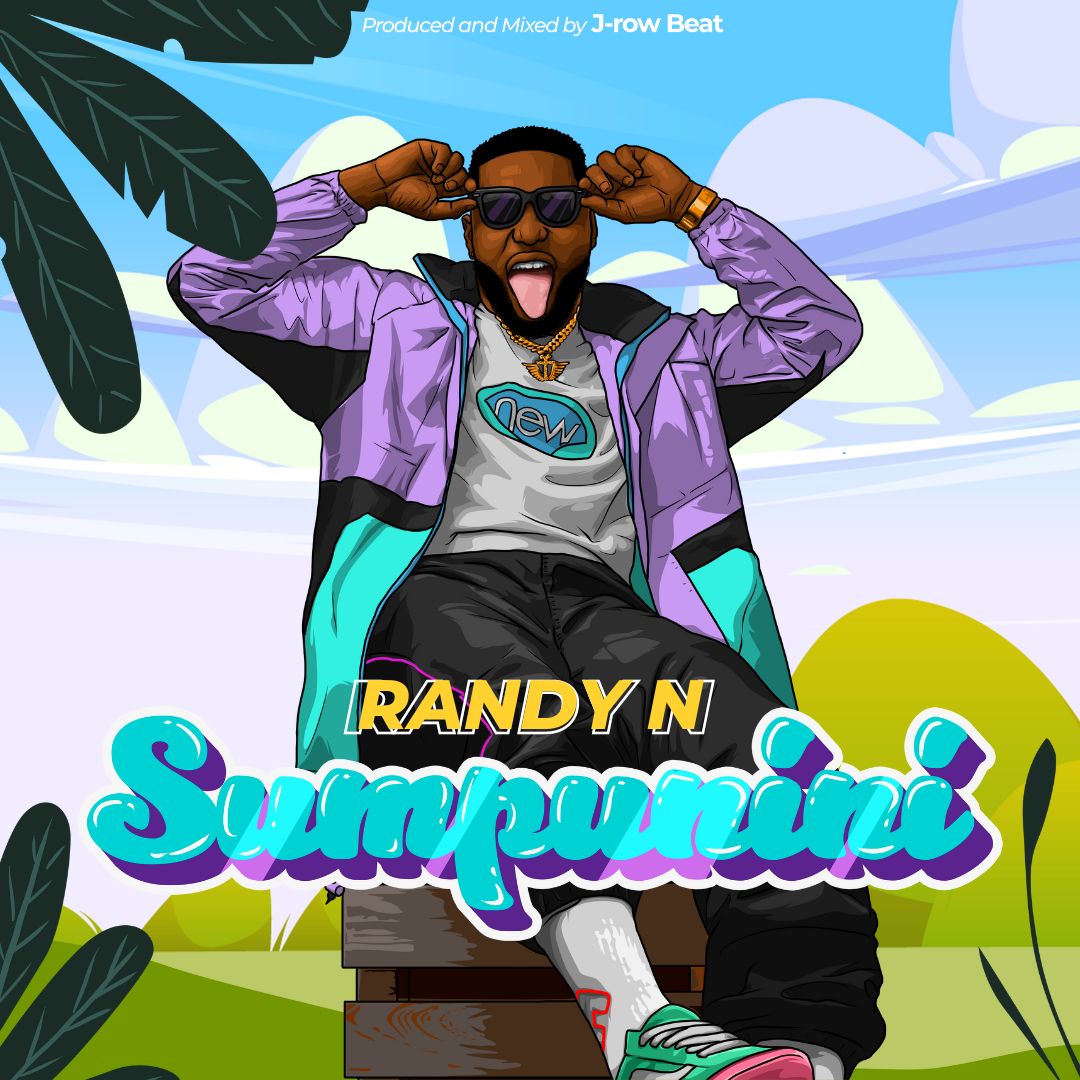 In his new street code single, “Sumpunini,” the talented musician showed great admiration for beautiful and curvy women with all the right features a man wants to see.

Randy N’s songs clearly demonstrate that the Ghanaian artist does not think like everyone else. He operates on his own terms in terms of sound and style, and as a result, he has created a sound that cannot be ignored. 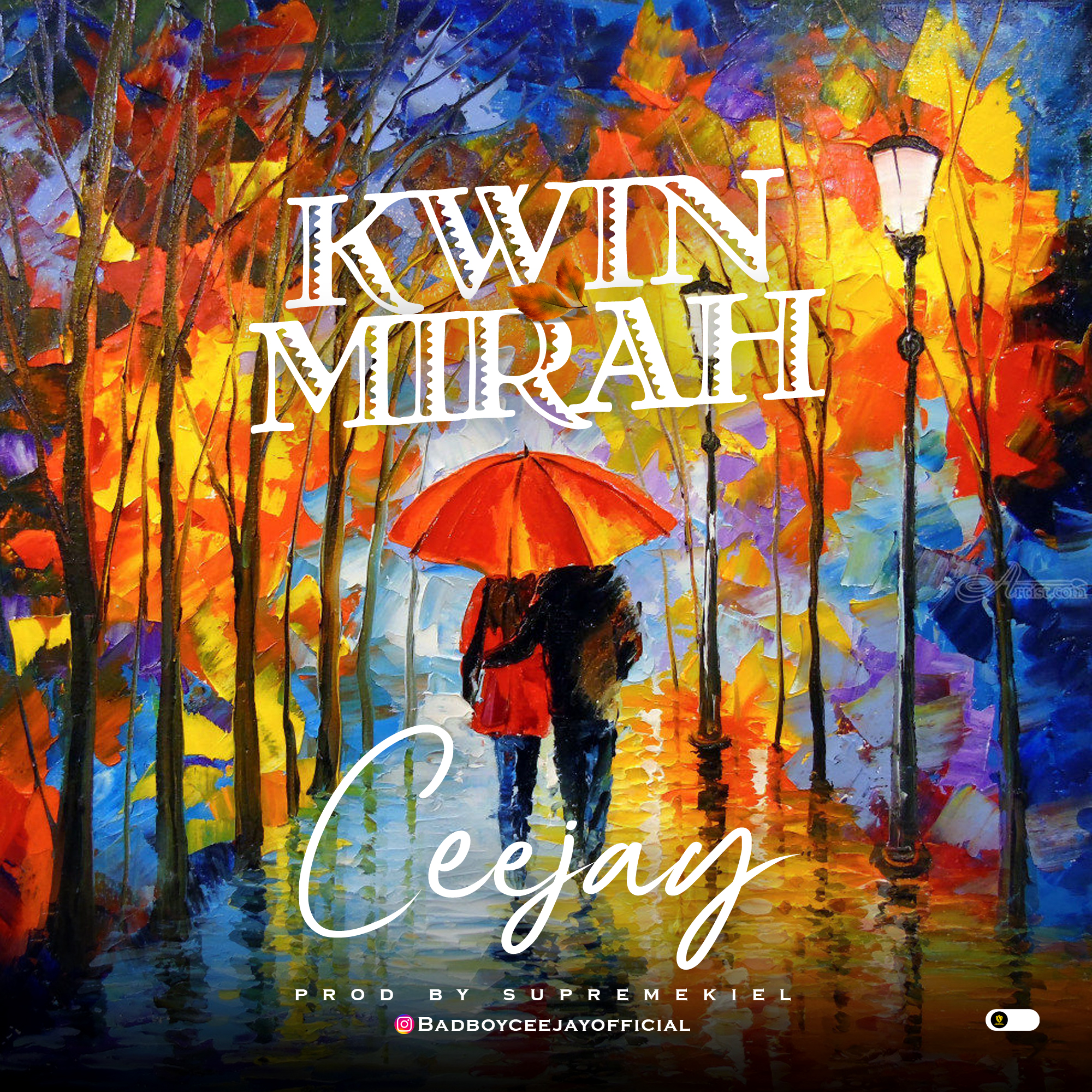 In this beautiful and mind-blowing song, Ceejay is back with his uncontrollable love for his girl, assuring her that she is the chosen one and the love of his life while also confirming if she truly loves him for who he is and if she will stay even if things get difficult.

The well-composed lyrics are laced on a super beat produced by Supremekiel. 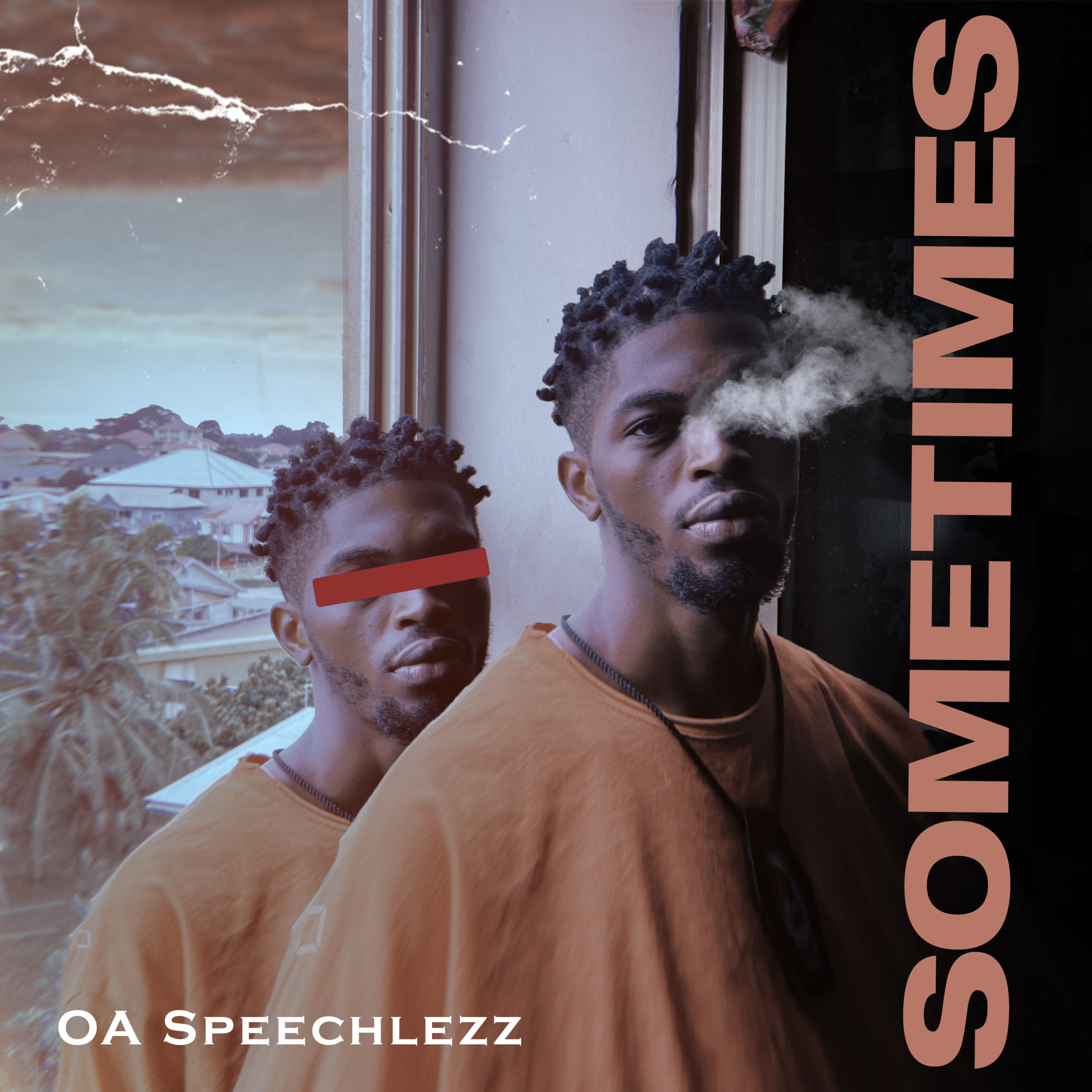 The music industry is gonna heat up as new incredible artists are discovered every day. OA Speechlezz, one of the fastest rising artists, is back with a new mind-blowing song. Following the success of his previous single RIVERS OF BABYLON, he is back with a new lyrical single tagged SOMETIMES

Here’s an insight from the rapper:

Sometimes by OA Speechlezz is emotional riddim inspired by the artist’s déjà vu experiences. He expresses his feelings on the cycle of events he feels trapped in after years of taking a break from his music career. He hopes this song resonates with the masses of people going through the same experiences to help them wake up into reality.

Jxrry B holds the production seat. SOMETIMES is available on all digital platforms, go run it up!!!.

Highly talented vocalist Luta has announced his return to the music scene after a long hiatus as he prepares to relaunch his career with a new song,
Known for hit banger Ooossshhhhh and his massive contribution to Ekiki Me, Luta took a long break but he is finally back.
Luta revealed he had to sit back from the music scene to evolve and rebrand in order to churn out more solid songs for the fans to enjoy.
He also announced he is currently with a new management team so fans should be expecting new exciting music and he is here to stay,
Luta is a Ghanaian singer, songwriter, and performer, whose sound is usually afro-beats and reggae.
Continue reading… 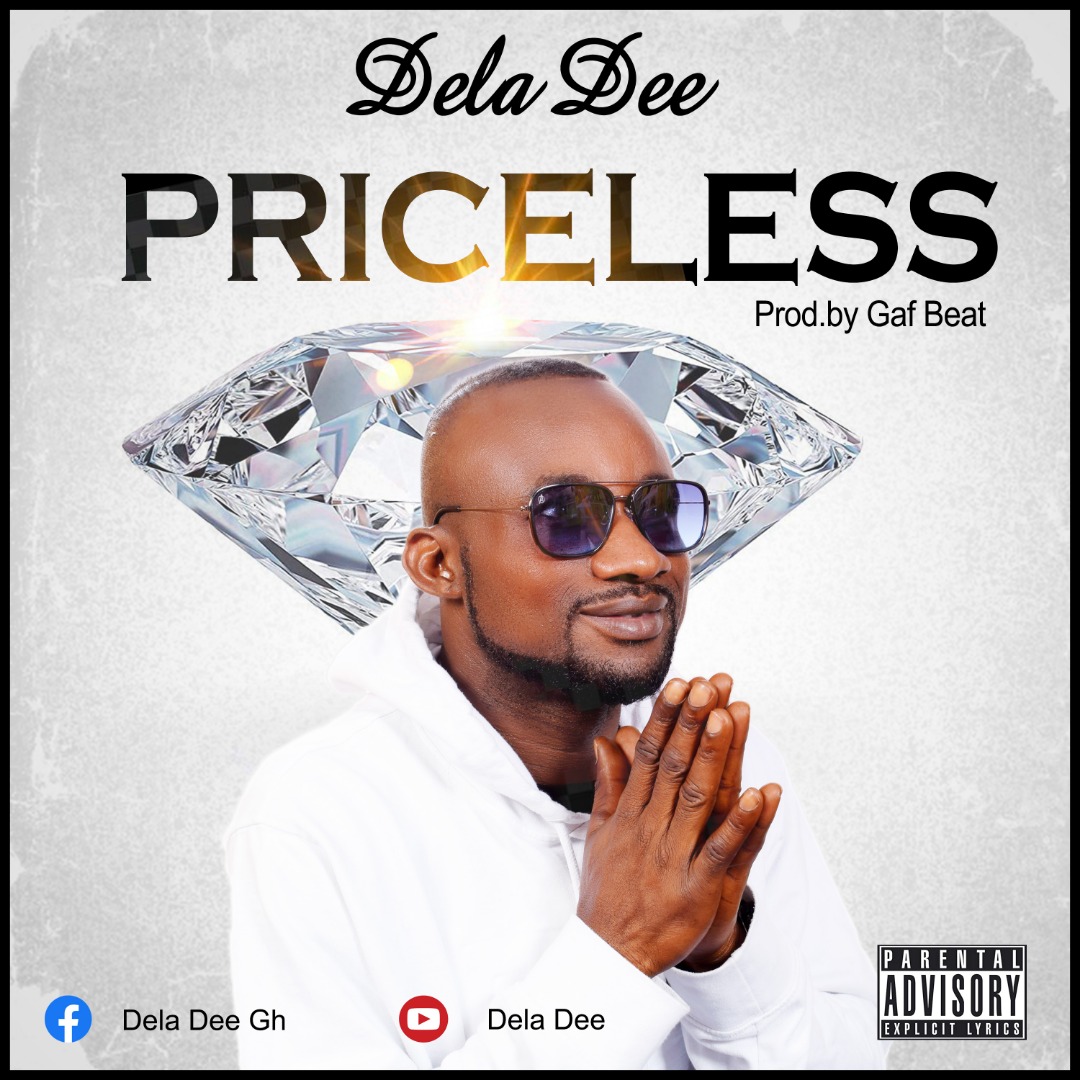 Cutting across with versatility, young, talented and experienced Hilife artiste, Dela Dee comes again with a gyrating hilife cadence dubbed priceless
The song, which ushers fan’s into a realm of romantic illumination, was made to eulogize a trusted and supportive lover . The three minute and thirty-eight seconds track melodiously gives account of the serenity of love and how lucky he was to have captured his lover’s heart despite so many attempts by other equally good looking guys.
Born Christian Dela Attiley , Dela Dee as he’s famously known in the Showbiz circles believes his latest single, priceless will help the industry achieve its purpose by notching a good standing and putting Ghana on a deserved pedestal, globally.
The song which is already enjoying massive AirPlays on the various radio and television stations across Africa was produced by GAF BEAT a talented young producer whose relentless efforts lead to the discovery of most of our budding talents in the Ghanaian music circles.
Known for his creative abilities, Dela Dee  is celebrated for churning out hit singles such as suumo which featured Adane Best, ombra Anaa amongst other popular ones.
The song  is currently available on all the digital music portals for your streaming pleasures. Update your playlist by streaming this conscious tune and thank me later.
Listen, Download And Share.
https://distrokid.com/hyperfollow/deladee/priceless 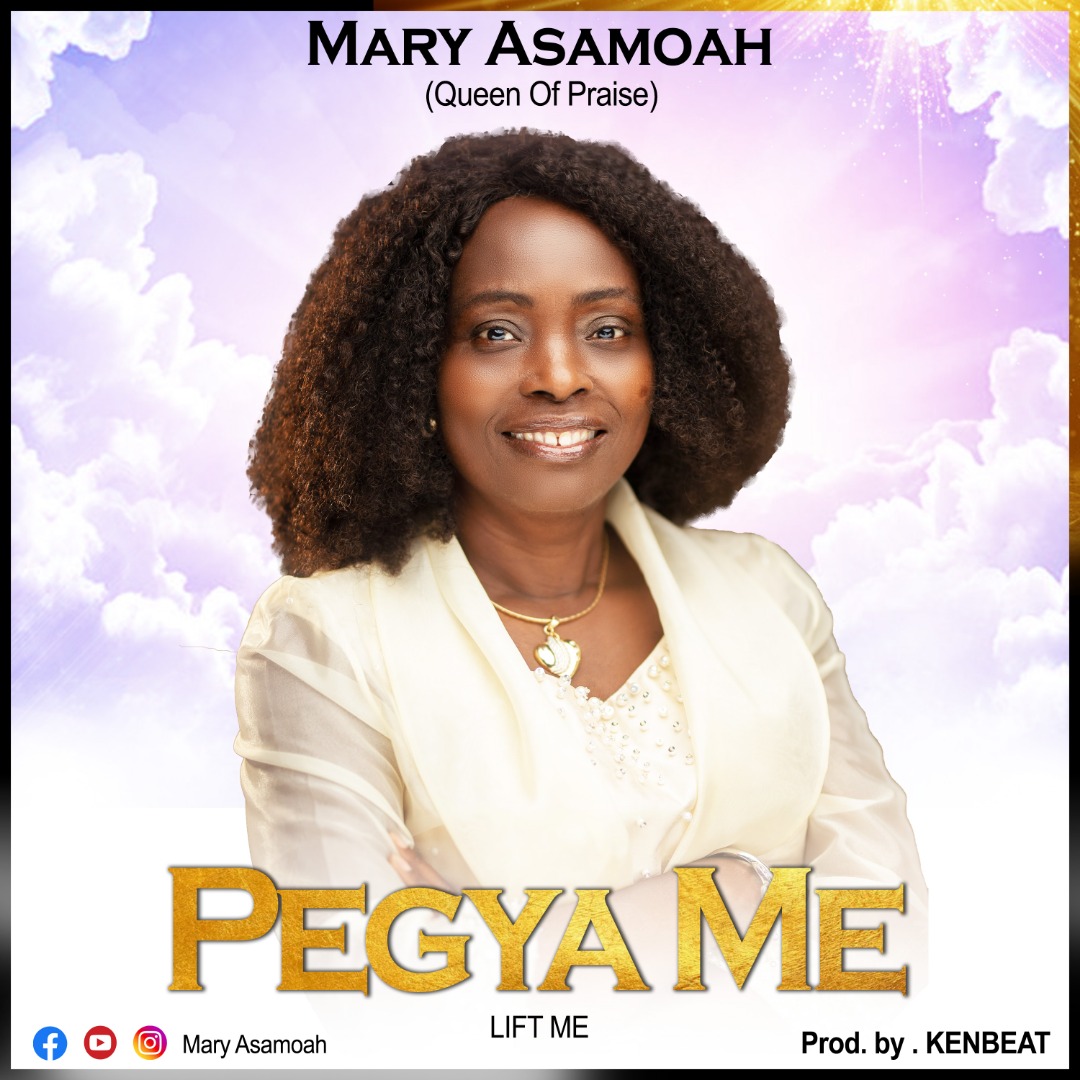 pirit filled  Ghanaian Australian songstress, Mary Asamoah debuts the gospel scenes with a Pentecostal praise, Pegya me
Being her first record after two (2) decades of preparation, the song, ‘Pegya me’ has affirmed the singer’s readiness to accentuate the gospel through her music ministry. Her maturity on delivery, arrangement and composition of the song is an evidence that, Ken Beat produced song will upon its release cement Mary’s name in the hearts of many and become an inspiration in the gospel space.
With a Biblical inspiration, Pegya me will help believers buildup their faith in these end days. It again assures individuals of God’s promise to elevate them if they truthfully and prayerfully indulge His presence.
Though a gospel tune, the entertainment part of the song can’t be ignored as it comes with a danceable groove suitable for all occasions. Currently, the song is out and available on all the digital channels.
The birth of Mary Asamoah’s Ministry will enormously go a long way to revamp the gospel music industry. Her energy in performance, soothing voice and composition abilities will always place her ahead of other brands.
As a spirited singer, Mary Asamoah is keen on liberating individuals with her songs. Though tedious, she believes as said in Numbers 23:19 that, God is not a man that lies, a scripture she takes inspiration from.
Join the winning team by downloading this amazing tune on all download portals and thank me later.
Listen, Download And Share.
https://distrokid.com/hyperfollow/maryasamoah/pegya-me 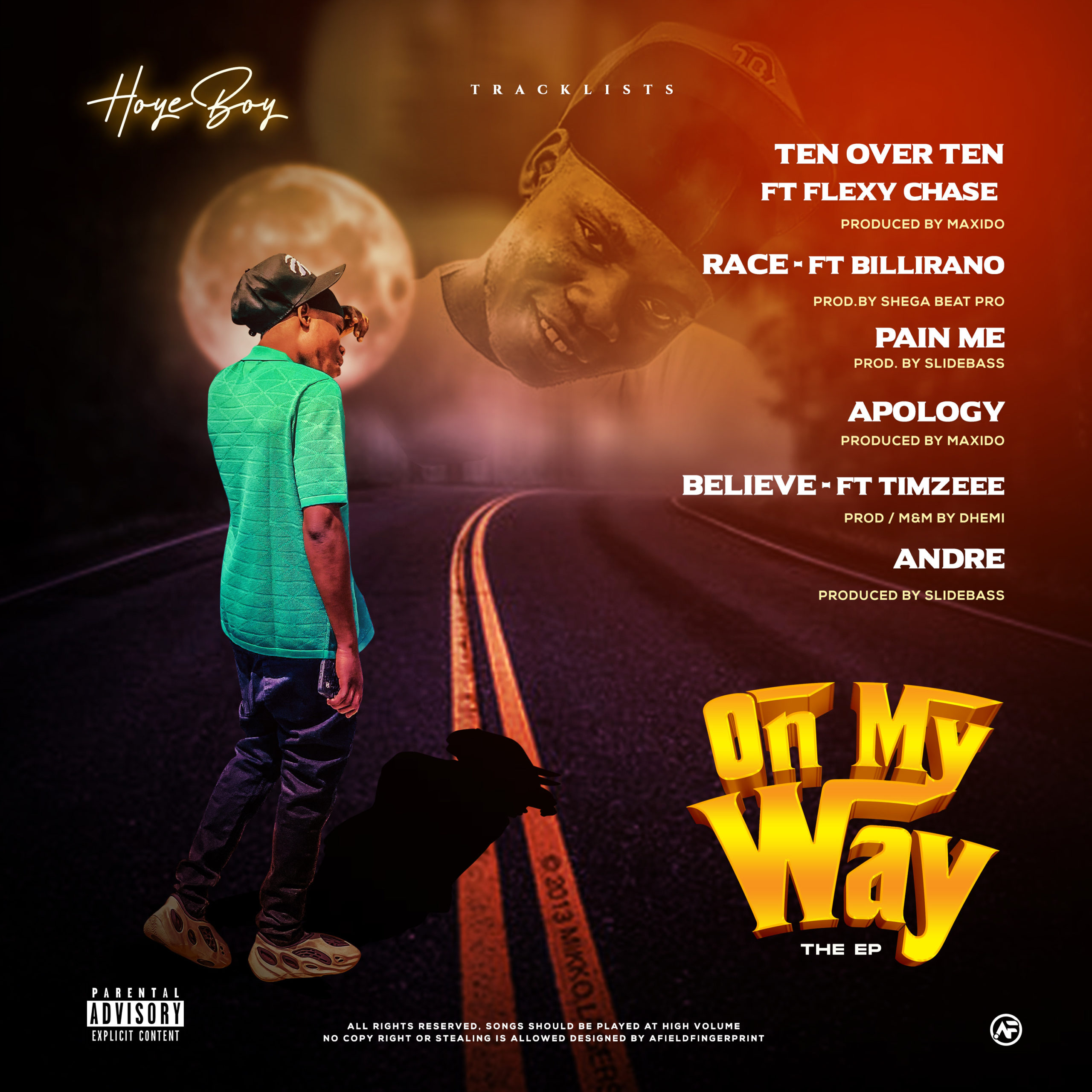 Hoyeboy’s musical versatility is on full display in this EP, which has 6 standout songs, each with its own mood and message. 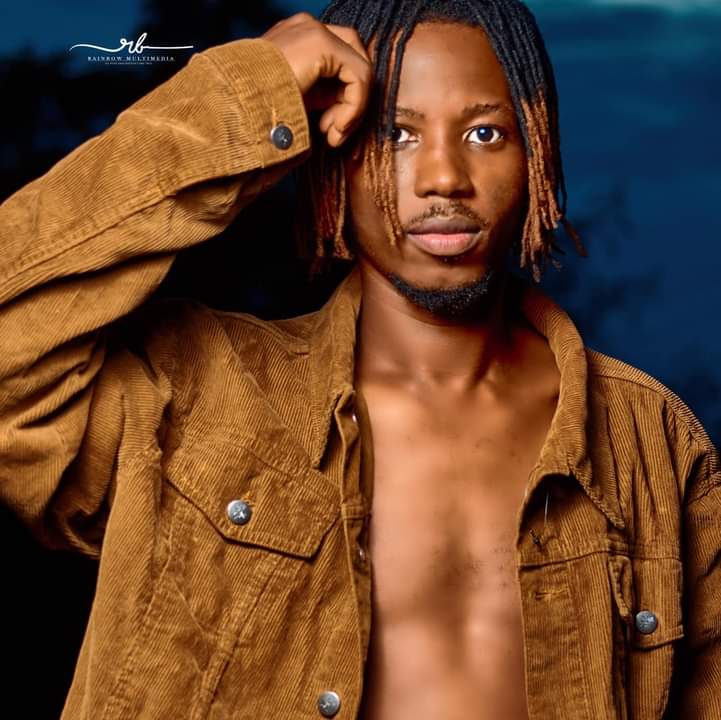 Fast rising music star from Ghana: King Enam has never stopped being consistent with his craft since day one of his inception onto the music scene in Ghana.

Signed by JM Recordz, an independent label based in Ghana and managed by GD Media Network, released his first extended play body of work dubbed AIM otherwise known as Africa In Me on July 29th, 2022, and since the day of release, the attention the EP kept receiving from the general public has been an overwhelming one. A sign to keep pushing to do exceedingly more.

Top performing songs on the EP so far include track 1 – Party Cups, track 2 – Asem Beba, and the last but not least, track 6. Listen up and let us know your favorite on the AIM EP in the comments on the streaming platforms including Spotify, iTunes, Audiomack, Boomplay, YouTube, Apple Music, and the likes. Find the link below.

Please click on the link below to stream AIM by King Enam:

Connect with King Enam across all his social media platforms for the latest releases, news, events, interviews, and more. 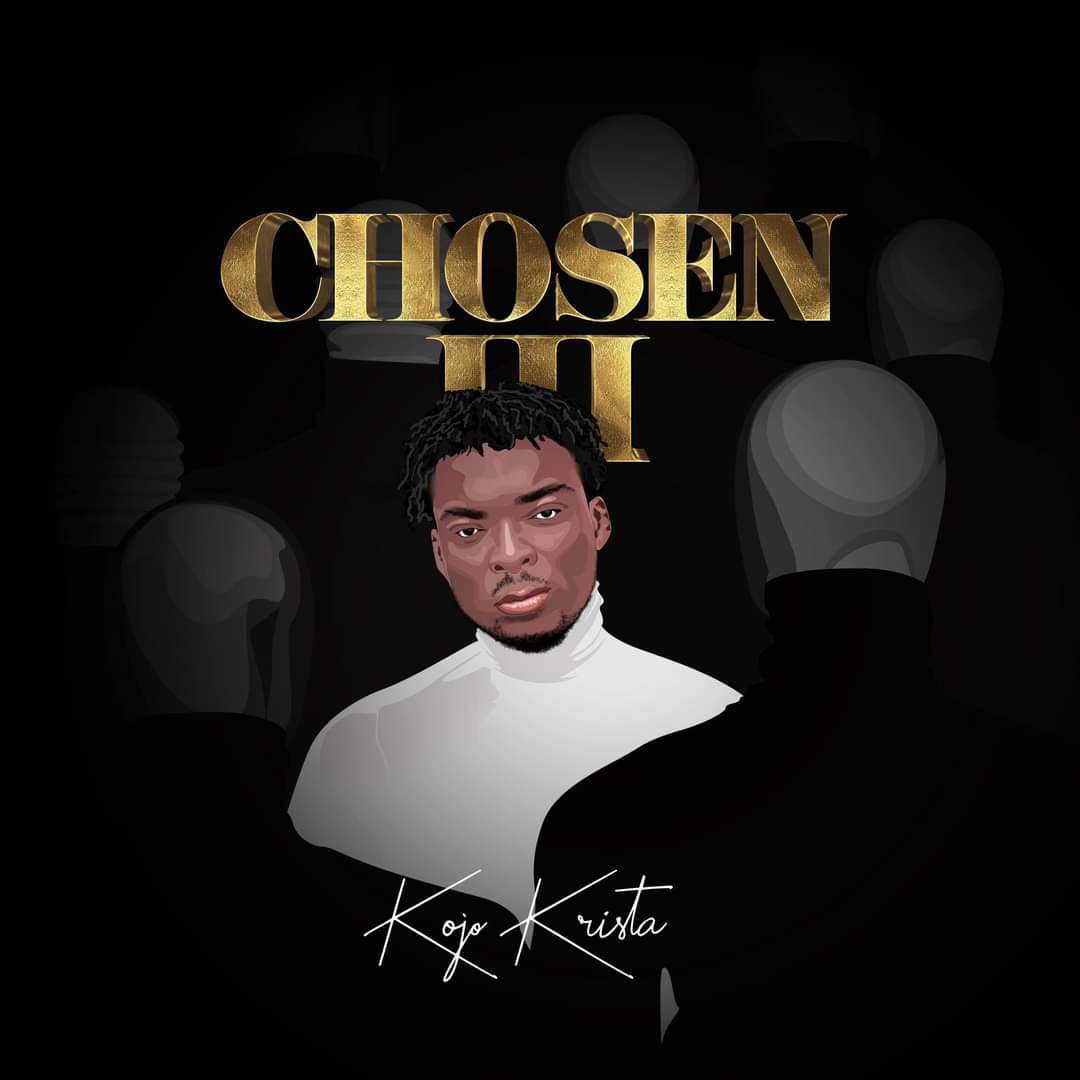 One of the fastest rising Artiste in the Oti Region Collaborated with Artistes from Nigeria and Lesotho.

Give this project a listening ear and you will not regret it. 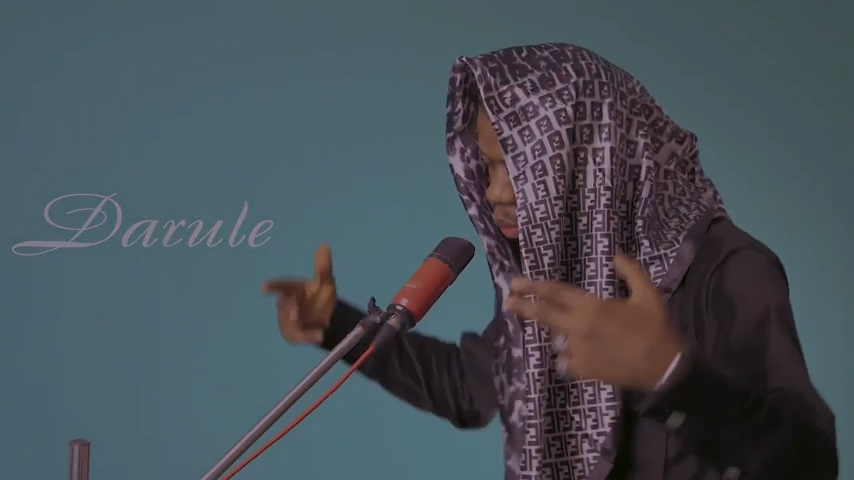 This music video is simply dedicated to anyone who has ever had their worst moment, encouraging them not to give up and to stay positive.

The video was shot and directed by Dinero_Image.