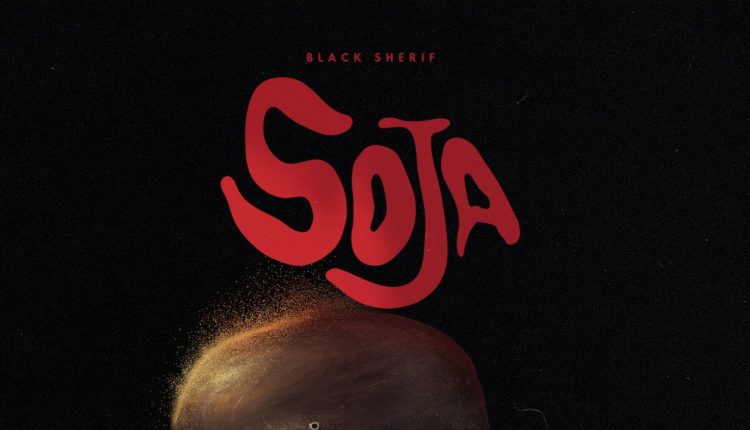 Black Sherif, a Ghanaian music star, has released his second single of the year, titled ‘Soja.’

After blazing the trail with his distinct sound, which reflects his emotions and energy, Black Sherif expresses self-inspired thoughts on his current journey and its uncertainties, chronicling strength, hope, confidence, and self-love.

The street gospel, produced by Joker Nharnah ‘Soja,’ shows a mentally fortified side of him while expressing his vulnerability and allaying every fear in an infectious cadence.

Black Sherif looks back while predicting the future. On ‘Soja,’ he shrugs off any societal pressure, conveying a message of

staying focused while keeping his eye on the prize.

The hook, which is accompanied by additional vocalists, is reminiscent of a harmonious church hymn.

The 20-year old Konongo native, dubbed “the new global sensation” by industry heavyweights, is on a mission to

put his sound and hometown on the map.

Soja is available to stream below or on your preferred digital platform. 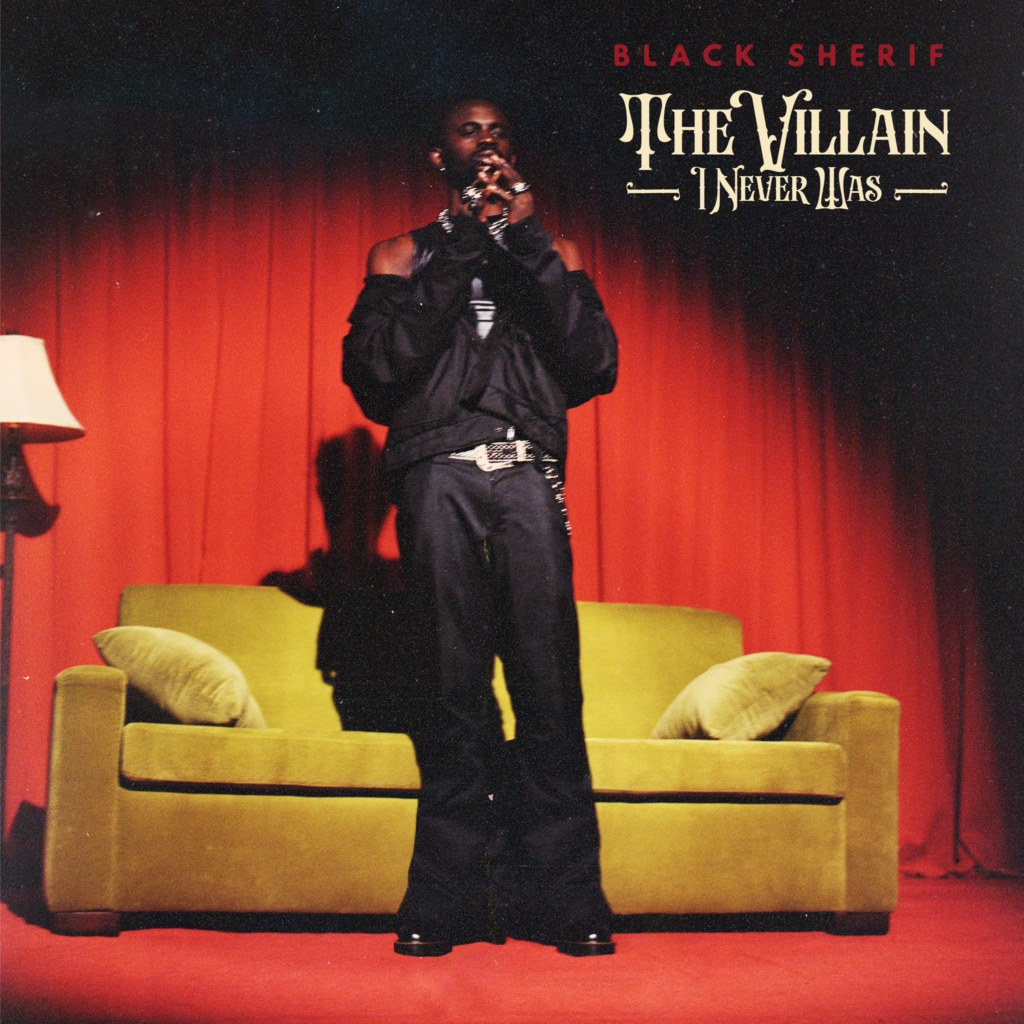 The Villain I Never Was, the much-anticipated debut album from Ghanaian music star Black Sherif is finally out.

Soja, Second Sermon featuring Burna Boy, and Kweku The Traveller are among the three

Stream The Villain I Never Was below, or visit your favorite music store to purchase the album. 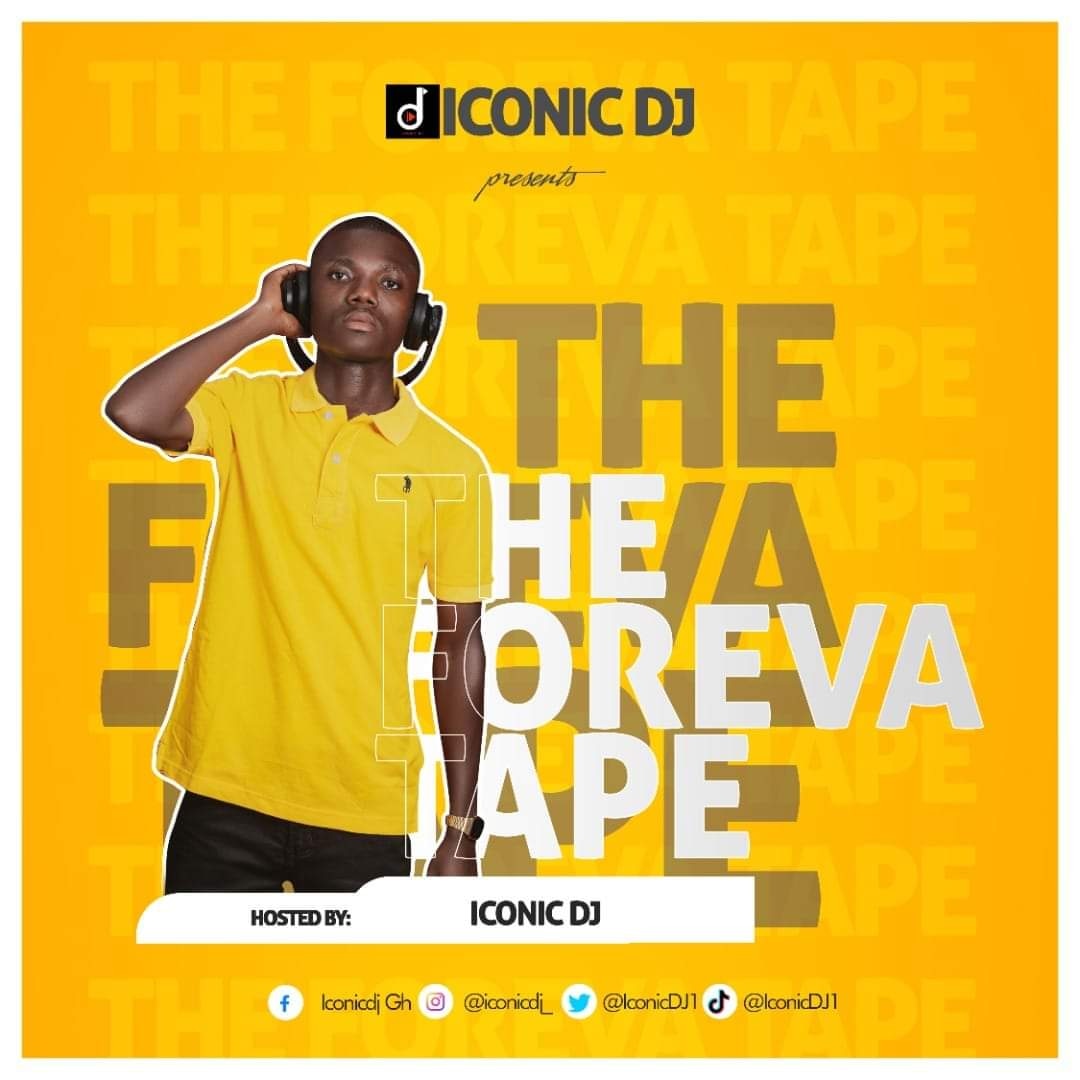 ‘FOREVA TAPE’ is a collection of carefully chosen songs from various genres.
Fans, family and loved ones happens to be the paramount reasons  which  inspired  him for this particular project.
Iconic DJ carefully selected Afrobeat and Amapiano to wet the appetites of music lovers.
Enjoy the ‘FOREVA TAPE’ below 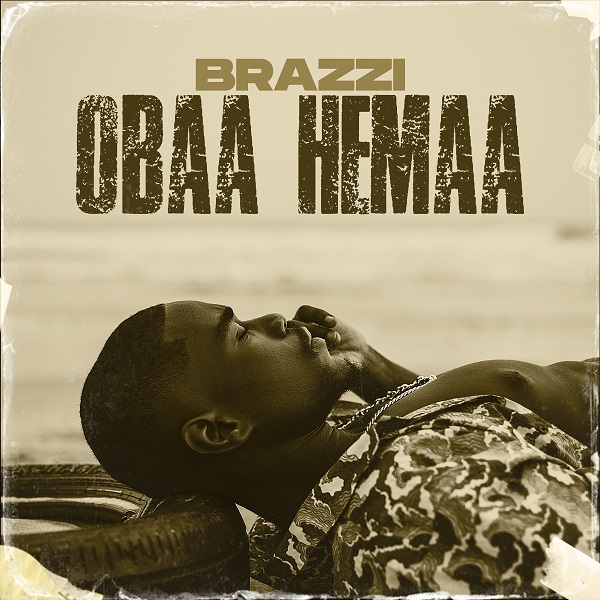 It’s Africa’s time now on the global front, and every now and then, many fresh and stupendous talents get launched unto the scene. Brazzi is sure one of them but sorry, he sounds different from the many other ones you have already listened to.

Brazzi – the Ghanaian born Afrobeats Crooner officially announcing his presence with this new song titled “Obaa Hemaa” as his major release is about to take you on a roller coaster ride.
“Obaa Hemaa” he titles it is a song that does not only get you into urban sound from Africa but also effortlessly compels with his swooning voice.

So What’s The Story Behind “Obaa Hemaa” You Need To Know?

The Afrobeats genre has constantly evolved during the past few years. This evolvement has occurred due to the endless development of African artiste around the world. “Obaa Hemaa” happens to fall into the Afrobeats spectrum, however, also present a western mood with an African touch to its roots.

Song employs both English and Twi in its lyrics. It presents listeners with a conversation between a man and a woman of his choice. He describes the traits of the woman that draws him closer to her. Alongside convincing her that he is the man for her and even though times get hard, and he can’t regularly get in touch with her due to circumstances, he is still going to keep it a hundred and would try his best to give her the world that she deserves because he can’t settle to give her less.

Emmanuel Brazy Mensah (born on the 31st of August 31, 2000), popularly known as Brazzi, is a Ghanaian singer and songwriter. He is one of Ghana’s novel rising Music Talents towing the path of Afrobeats.

Brazzi took time to build a strong passion for music, stemming from his childhood (early years growing up). He professionally started his music career in the year 2020 and released his first single “Somemu” in the same year, 2020. This single featured Gonzi, who is one of Ghana’s upcoming Afrobeats talent. However, after Brazzi’s first release, he went off the scene working tirelessly to develop his talent and engage his audience in a more effective way.

Throughout his journey of advancing his music talent, Brazzi has made it known to his audience that he has always been inspired by his older brother who unfortunately passed away in the year 2015. Isaac who was the brother of Brazzi, laid the foundation of music by introducing him to the acoustic guitar. Despite losing his brother who’s his greatest motivation, Brazzi also looks up to musicians such as Show Dem Camp, Cavemen, Bob Marley, Lucky Dube and some other great Afrobeats Musicians creating influences across the world.

Ajeezay Recruits Patapaa, King Paluta , Boggy Wenzday For His Most Anticipated ‘Sounds For The Feet’ EP 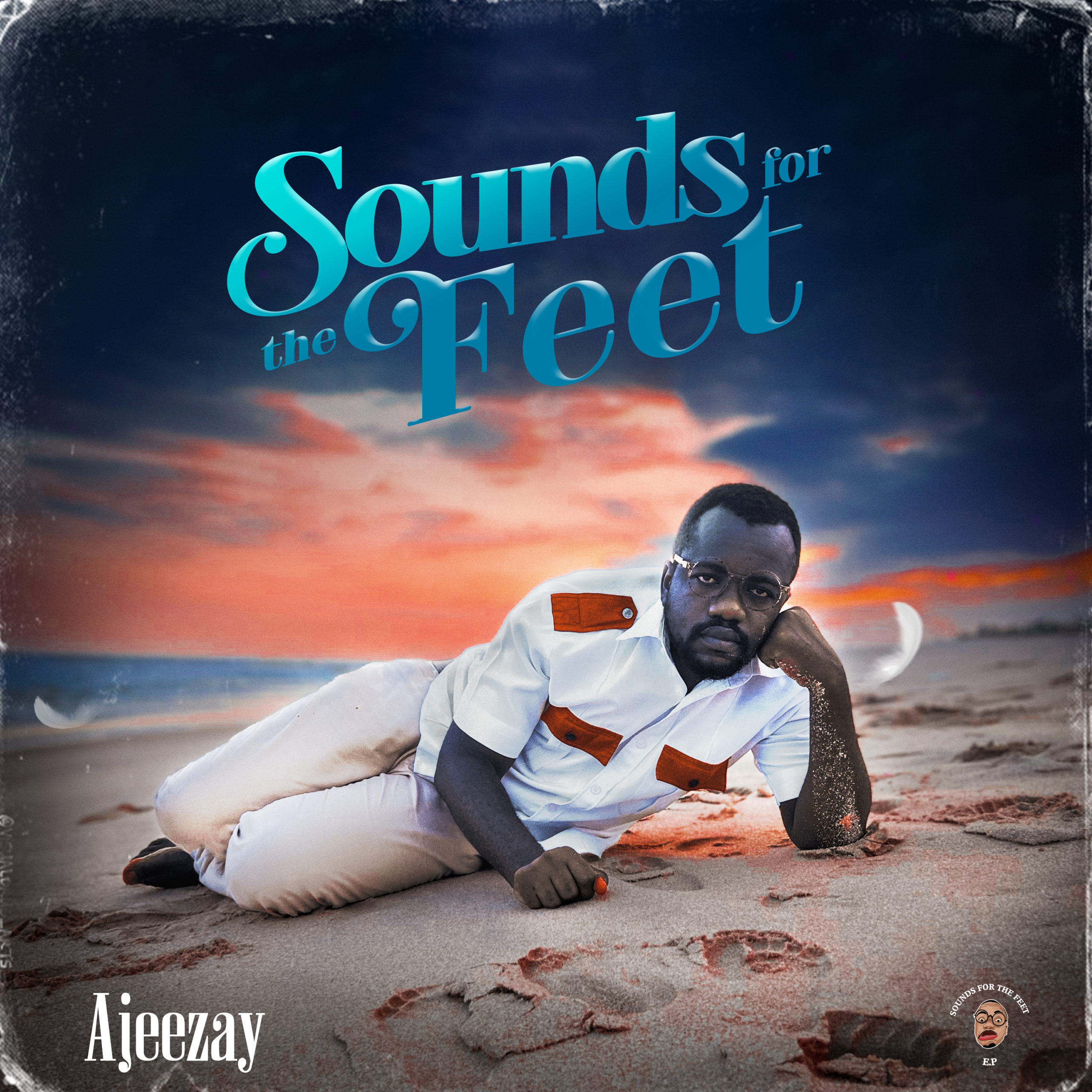 “Sounds For The Feet” is a six-track collection of danceable songs.
Enjoy from the link below
STREAM/DOWNLOAD 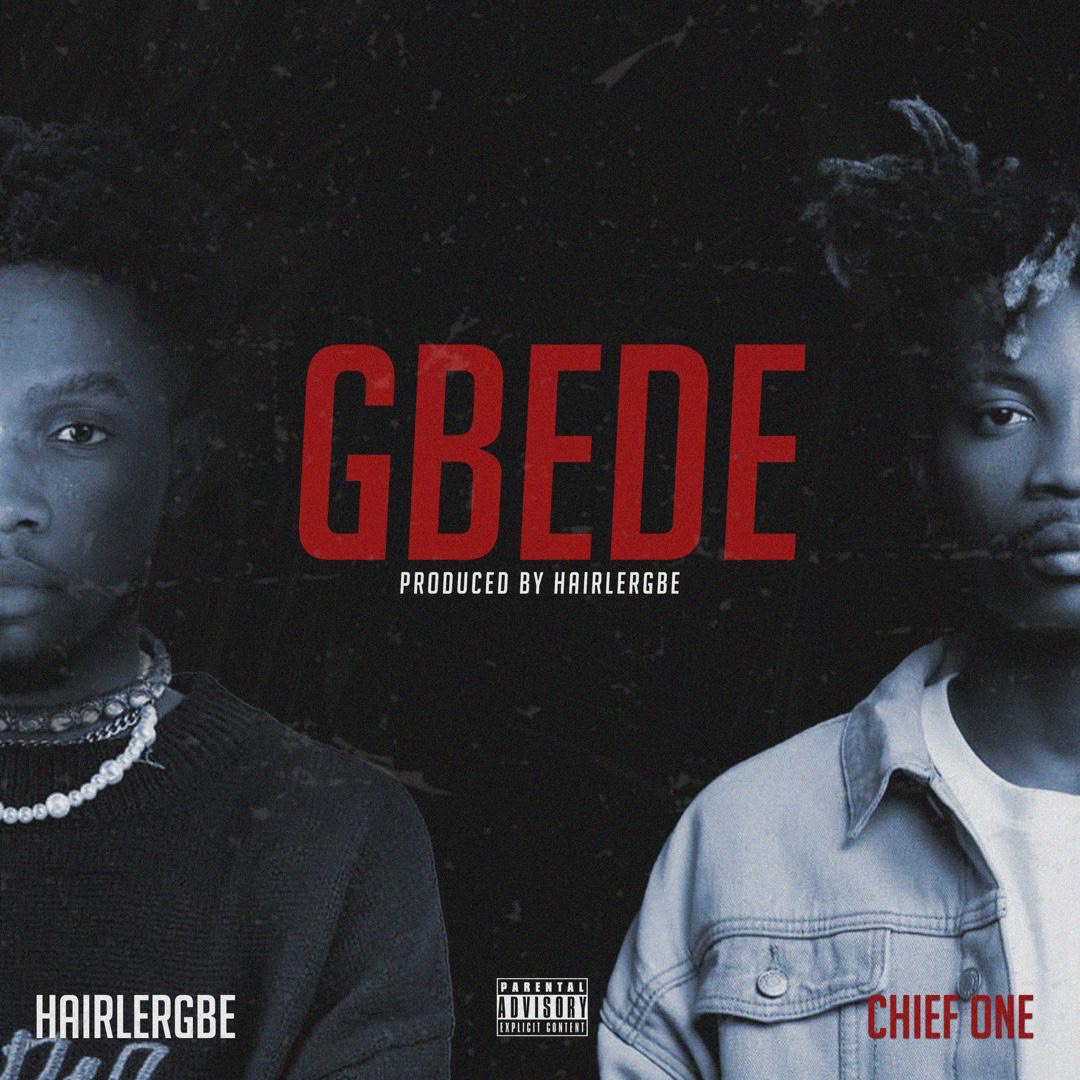 oung Fast-rising Ghanaian Music Producer – Hairlergbe – who doubles as an artiste recruits Chief One on his latest joint he titles “Gbede”, an Ewe parlance which translates into “Never”.

“Gbede” is a Hiphop inspired cut run by both artistes with a fusion of a drill beat yet maintaining their African roots with the inclusion of their mother dialect, Ewe, with a blend of English and pidgin. 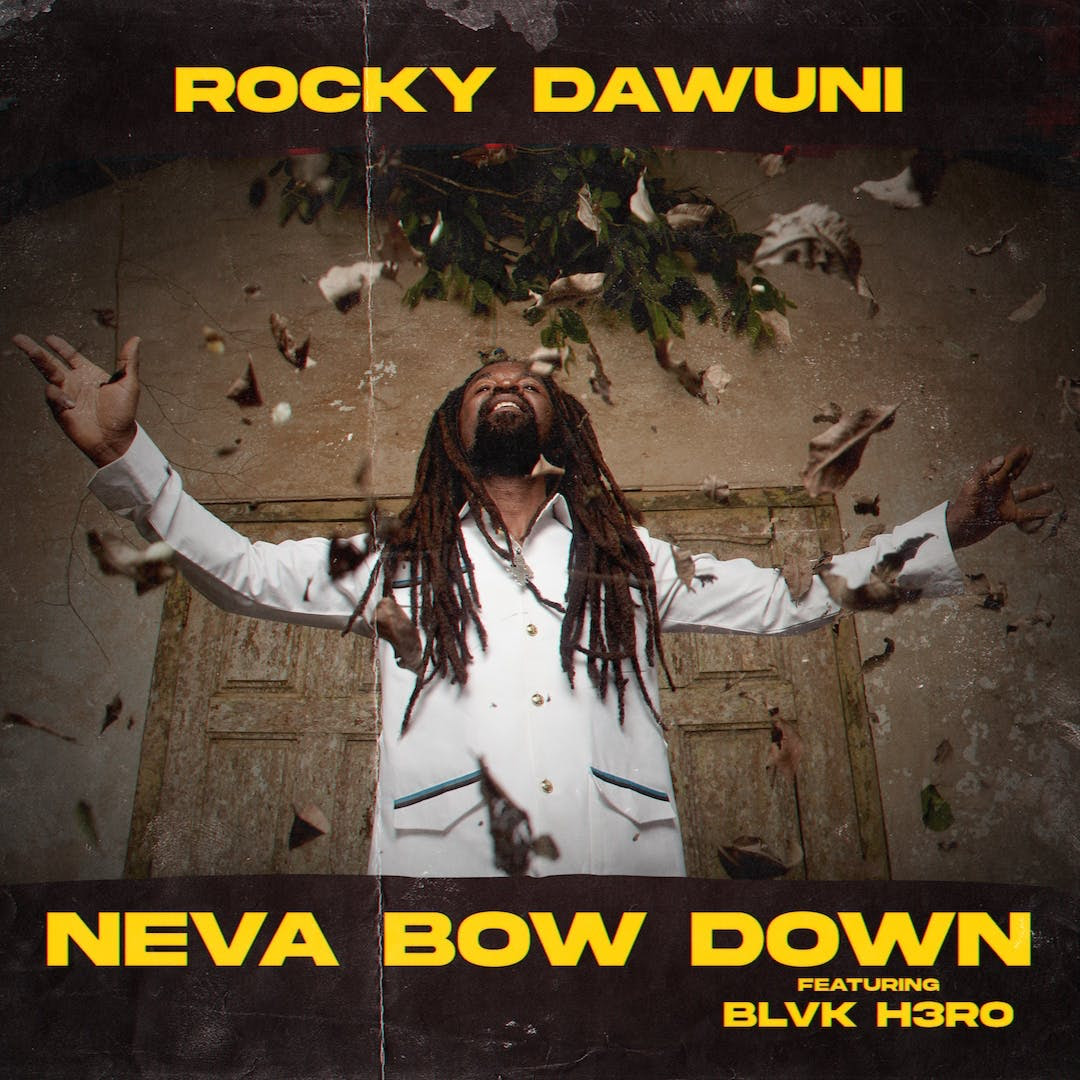 The collaborative spirit of “Neva Bow Down” reconnects Africa and the Afro-Descendant Diaspora, drawing on Jamaica’s powerful culture of resistance. Together, Rocky and Blvk H3ro weave a tapestry of melodies with an unforgettable chorus, laid on top of producer Bob Riddim’s speaker-busting production. This protest anthem is a meditation on the current, dire state of global affairs and our collective power to change the course of history, serving as an inspiration for people to stand up for what is right and true.

h“In a time when our world is at crossroads with systems and society confronting fundamental changes,” Rocky states, “there is a crucial need to speak truth to power, to challenge the status quo and to inspire people to find the courage to create a restorative vision of the future that defends the core essence of who we are as human beings and our interconnectedness to nature.”

Rocky Dawuni, straddles the boundaries between Africa, the Caribbean and the Americas to create his appealing Afro Roots sound which fuses elements of Reggae, Afrobeat, Highlife and Soul that unites generations and cultures. Dawuni’s charisma and galvanizing performances have endeared him to crowds around the globe where he has shared the stage alongside luminaries including Stevie Wonder and John Legend, among many others As a dedicated activist, Rocky has been a leading voice for social and environmental transformation and currently serves as UN Goodwill Ambassador for the Environment for Africa. Rocky believes “that music is the medium to strike a chord that transforms our collective intentions into a vehicle for positive social change.”

Blvk H3ro (pronounced Black Hero) is one of Jamaica’s most exciting and original young artists, but he’s far from new to the scene. Over the past half-decade, he’s built an impeccable track record and fervent following with his uplifting and ambitious modern reggae sound, while collaborating with the likes of Bunny Wailer, UB40, Equiknoxx and Skillibeng. Jamaica’s Prime Minister, Andrew Holness, has even sung his praises, commending his song “It Nuh Easy” for its positive influence on Jamaican youth during a recent speech to the nation. after a 10-month plus major release hiatus.

The song, titled Labadi, is a lush scenery-inspired party anthem produced by Coublon

“Labadi” is a mid-tempo blend of Afrobeats and Amapiano (log drumz) genres that sets the tone for the sonic feels Sarkodie hinted “Jamz” will be exploring.

“Labadi is a gateway song… fun times with loved ones,” Sarkodie says. The idea of a boat party with some good people taking time off to enjoy life on the ocean inspired me.”

“I want the fans to be happy when they listen to this record.”

The song’s melodies are meant to elicit positive vibrations in us.

“All you have to do is put all your worries aside for a second and enjoy “Labadi,” he explains. 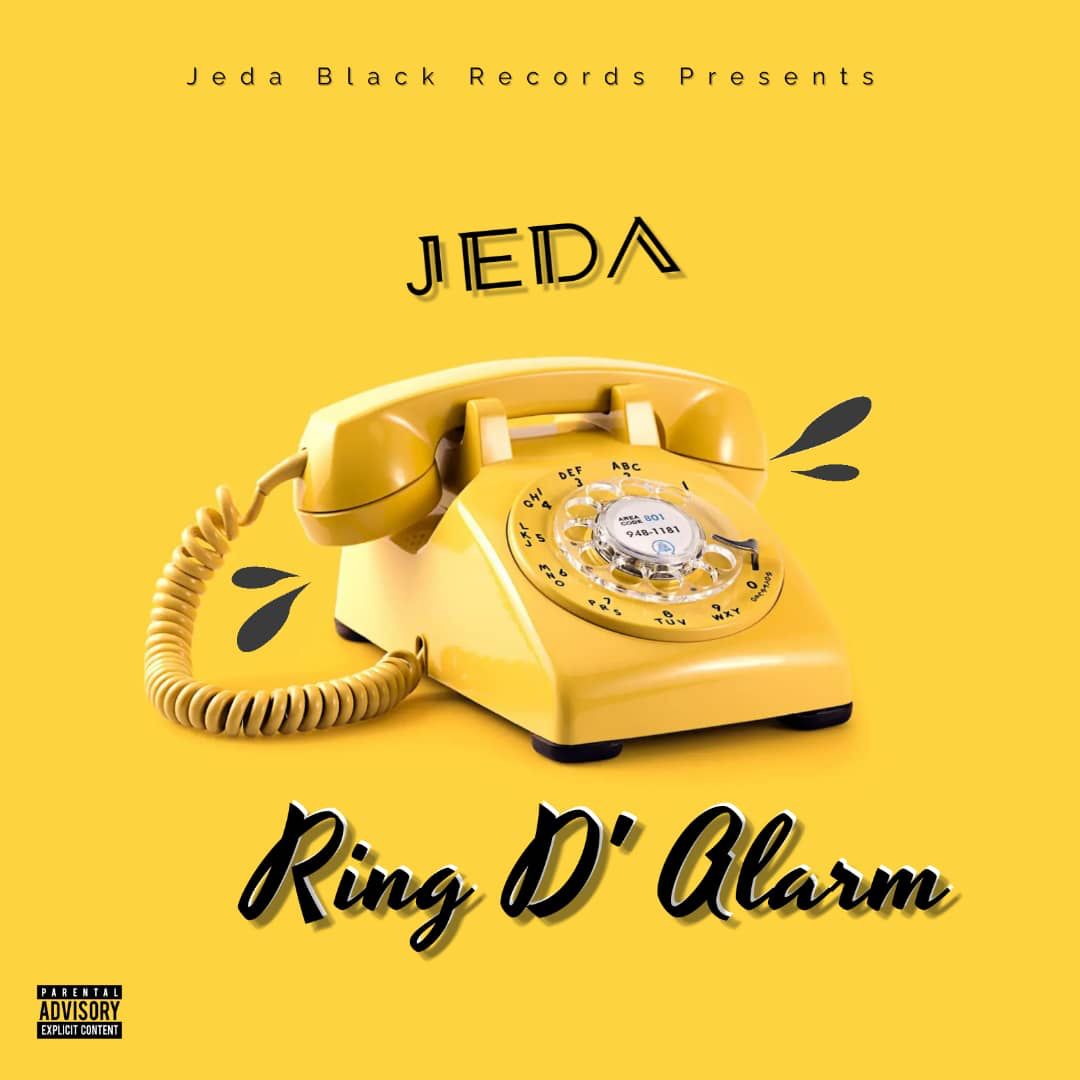 The song ‘Ring D Alarm‘ has a strong connection to love, romance, and passion. 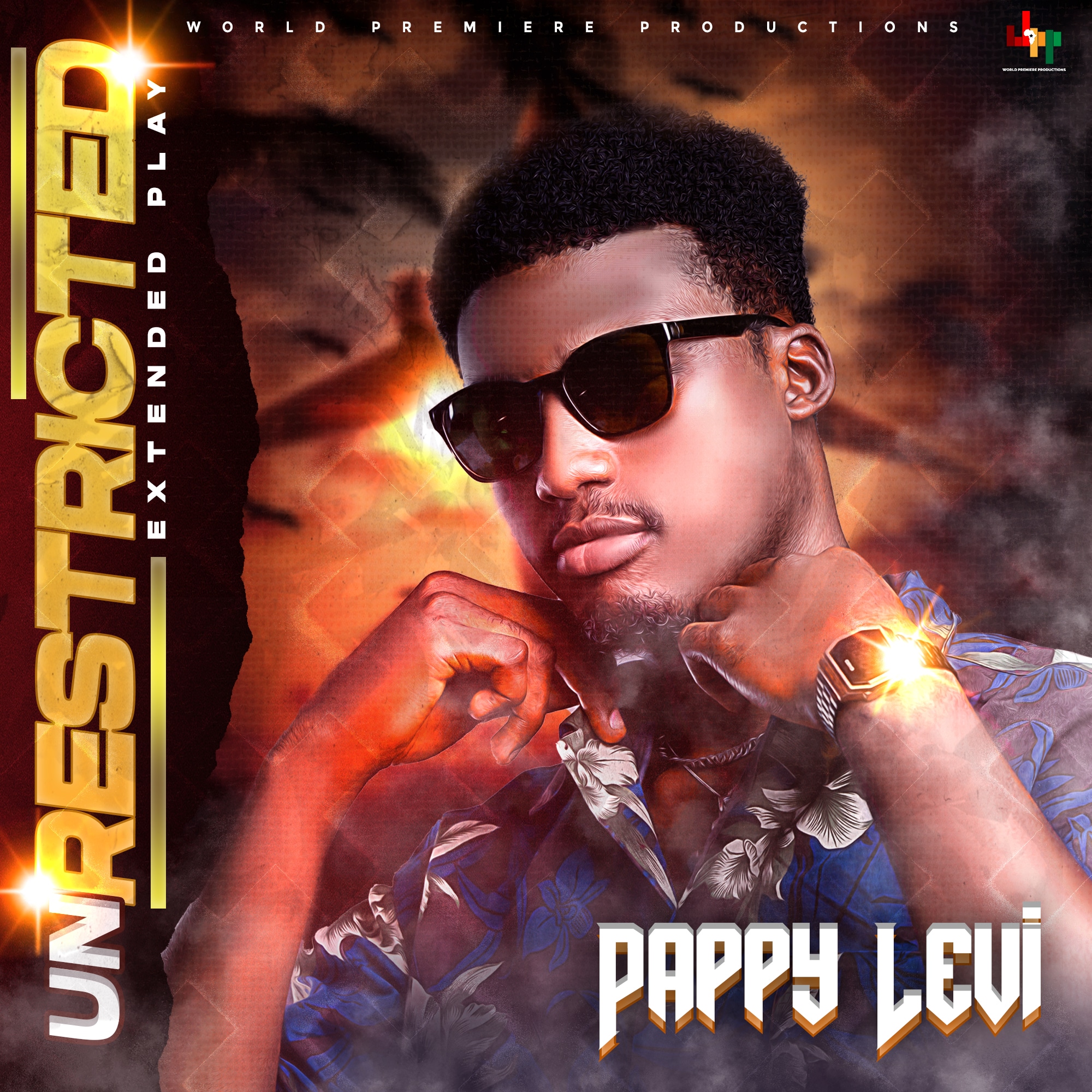 Pappy Levi gives the world what they have been waiting for on his latest Unrestricted EP. He is fast establishing himself as one of the most exciting Ghanaian artistes breaking the mainstream this year.
Iconic Ghanaian trap singer and hip-hop icon Pappy Levi has finally released his much-anticipated EP; “Unrestricted ”.
The ‘Unrestricted ’EP comes in a package of nine(9) mind-blowing tracks with features from dope musicians all across the globe including; Gallaxy, GHCALI, Ks Parka, Kwame Nkansah, Dwight Sammy and BNS Sings. Production credit goes to Aryes, Shotto Blinqz, Beatz Oracle, Triigger Beatz and Kimi Beatz who mixed and mastered most of the songs.
As versatile as he is, his lyrics makes him unique and his style is original from the rest. He has an authentic vocals. On top of that, he’s more spiritual with the vibes.
The EP has songs like Money, on my way, Only You, Rain Season, Ego Over Dem, wishes, Konkonsa, he is great and come closer.
His current song with Chiky of Gallaxy fame titled, ‘Only You’ is making waves and topping charts both locally and internationally.
The EP was released on September 17, 2022, on all streaming platforms, including; fanlink, YouTube, Spotify and Boomplay.
https://pappylevi.fanlink.to/urestrictedep 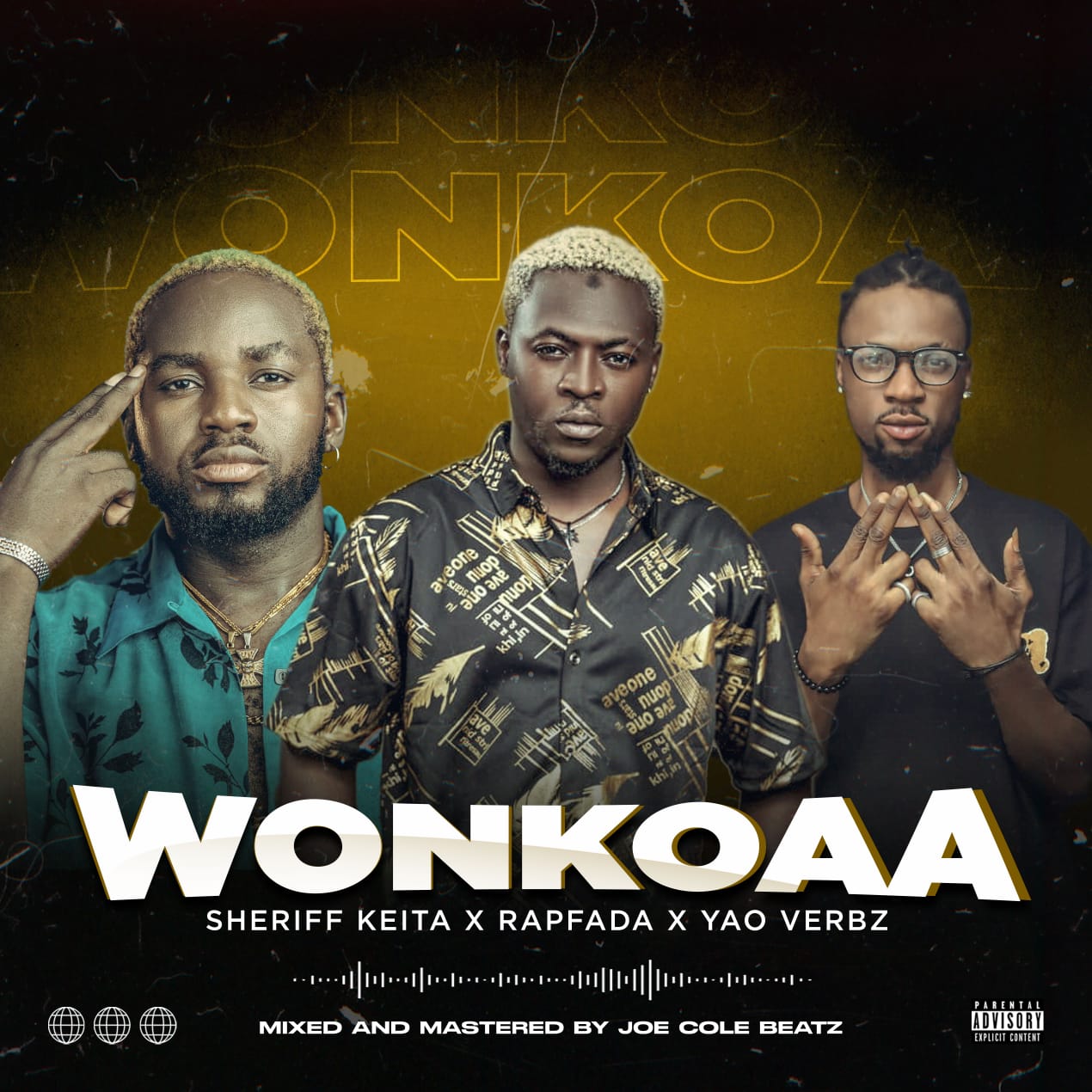 Ghanaian musician, Sheriff Keita has served us with a new single he labels “Wonkoaa”. After seving us with great tunes over the past few months, he comes with a love song “Wonkoaa” which literally means “Only You” in the English language.

Sheriff Keita employs Rap Fada and Yao Verbz on the Highlife produced song to give it a magical experience with a touch of uniqueness. “Wonkoaa” is mixed and mastered by Joe Cole Beatz.

Enjoy the song from the link below:

Get in touch with Sherrif Keita via: