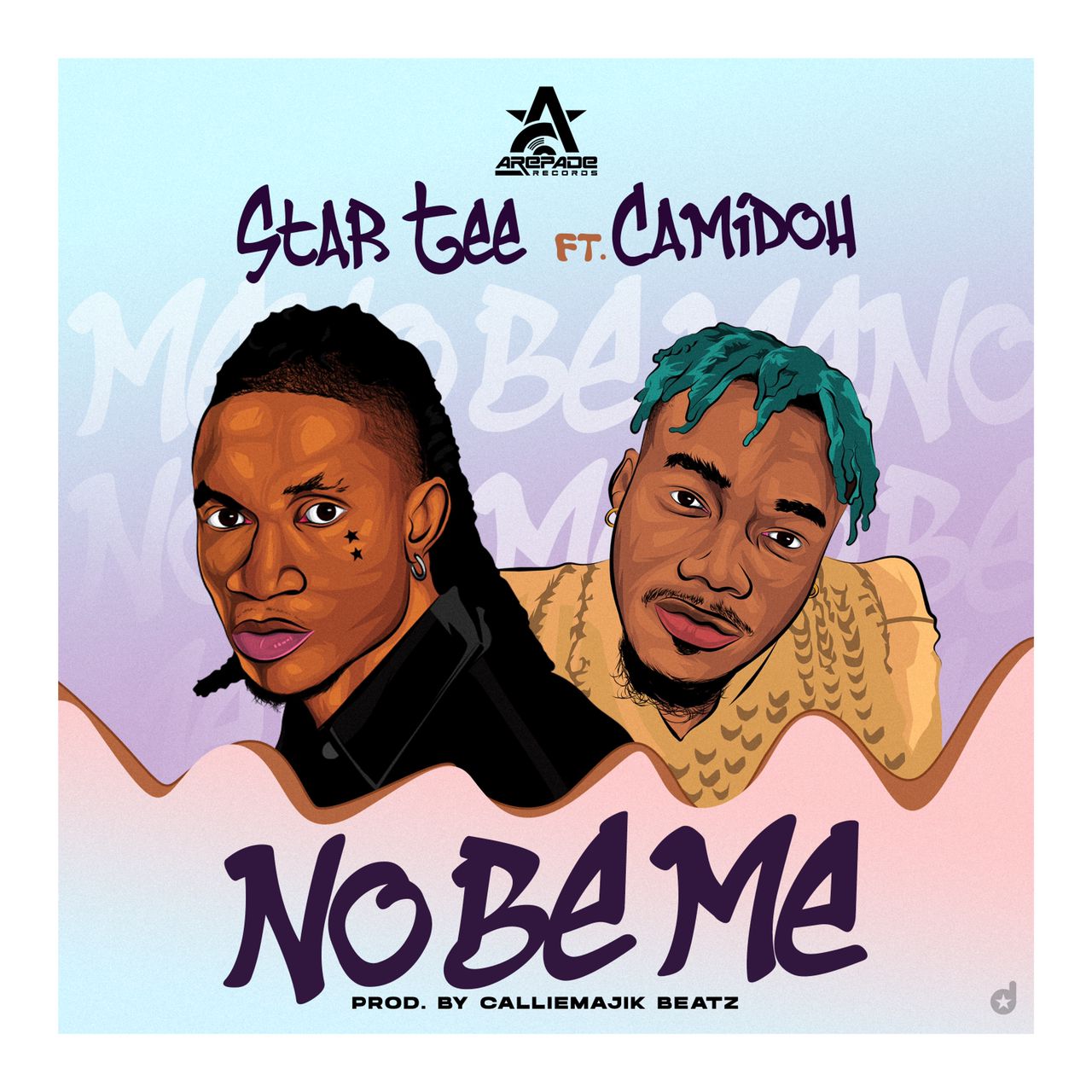 Young Nigerian Act, Star Tee, just scored a good one with Camidoh. He featured the ‘Sugarcane’ Hitmaker on his new song “No Be Me”.

The Afrobeats cut is a fine fit for current trends and clean lyric song to be playlisted by any DJ or streaming portal. He is rounding up work on his upcoming EP, due for release soon.

Take a listen to the song here: https://startee.fanlink.to/nobeme

Talented Nigerian singer Lucky Amos Arepade popularly known in music circles as Star Tee who hails from Amassoma LGA in Bayelsa State was born in the Oyo State capital of Ibadan, on February 11, 1990, to be precise.

Star Tee later moved with his parents to Lagos as they relocated to the inner suburbs of Ajegunle where he started honing his musical skills at the tender age of six.

His love for doing music saw him singing during family time, among his many friends and in various churches around Ajegunle as he mastered his musical craft to great effect.

While growing up, Star Tee was greatly influenced into doing what he loves the most (music) by Nigerian music legend and ‘African Queen’ crooner 2face Idibia and sensational singer Brymo.

His quest to master his craft and ultimately achieve success in his chosen career (music) saw him move to Ghana around early 2017 to carve a desired niche for himself on the music scene.

Since he moved to Ghana, Star Tee has waxed and officially released countless of songs 31 songs in total (13 songs for his EP with B.Brefo- titled: ‘Fail Forward’,15 songs for mixtape titled: ‘Gifted’ and three other singles ‘Soweto’, ‘Okey; and ‘Pray For Life’.

Star Tee who is not signed onto any record label at the moments has collaborated with no fewer than nine Ghanaian artistes including; Camidoh, Gallaxy, Lyrical Joe, Fameye, Dope Nation, ENE Yatt , B.Brefo Gabanki and G.West.

He is currently working on his EP (Extended Play) music project this year and he hopes to feature his compatriots Joeboy , Fireboy DML, AV and Burna Boy in the future.

Related Topics:CamidohNo Be MeStar Tee
Up Next 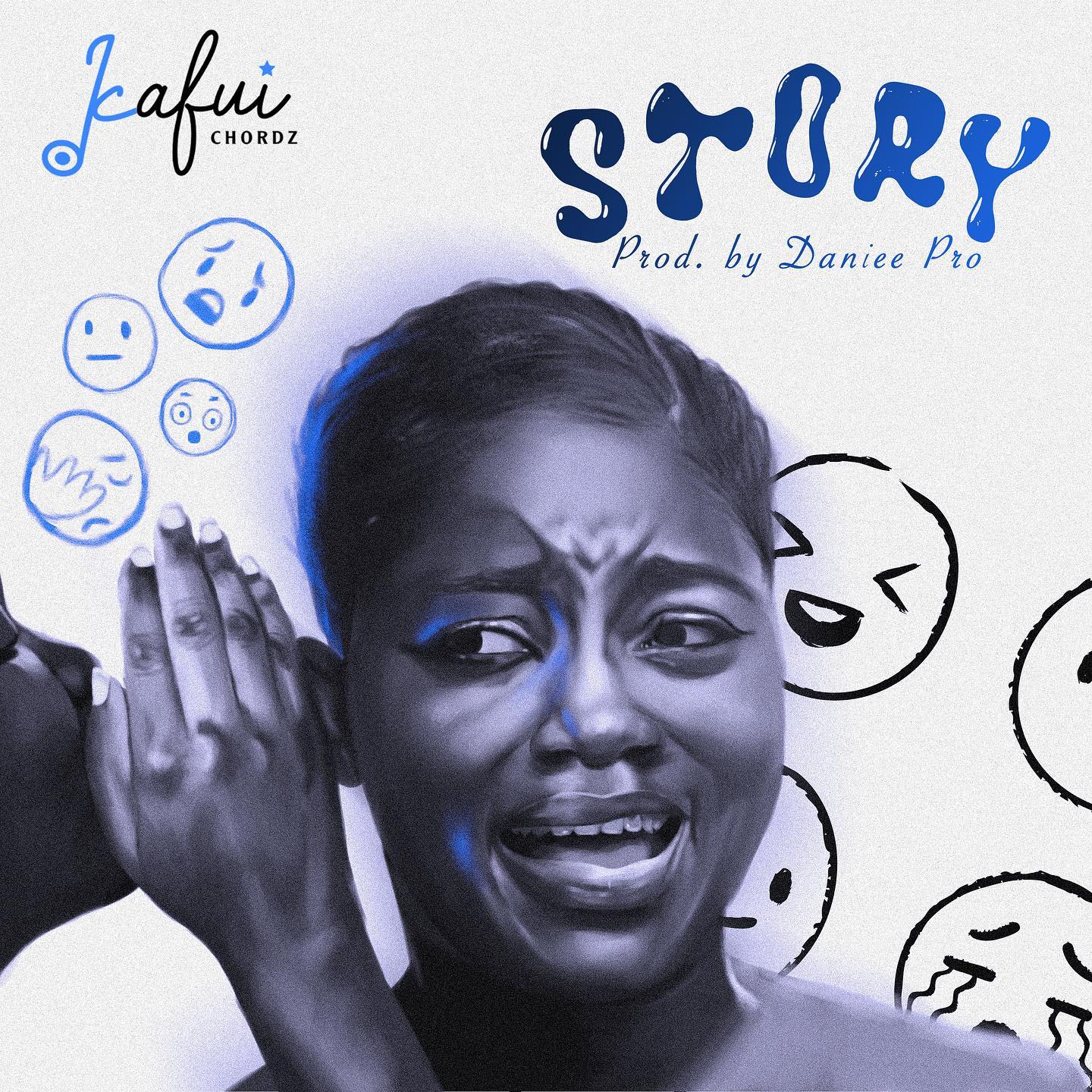 Silky-voiced Ghanaian songstress, Kafui Chordz, is excited to announce the release of her new single, “STORY’’, scheduled for November 30.

The singer, whose sophomore album “DAFFODILS” made waves earlier this year, tackles vicious gossip with this song while encouraging listeners not to allow negative opinions get to them but to live and enjoy life regardless of the unbelievable falsehoods, saying;
“Story no dey change man, Story no dey finish, Story just be story, Just enjoy the story”.

Kafui Chordz will count on the support of her fans and admirers to give STORY an amazing start on the airwaves and streaming platforms.

STORY is produced by Daniee Pro, mixed and mastered by Mike Mills On Em and written by Celestine Agropah and Abasiekeme Raphael Abi. 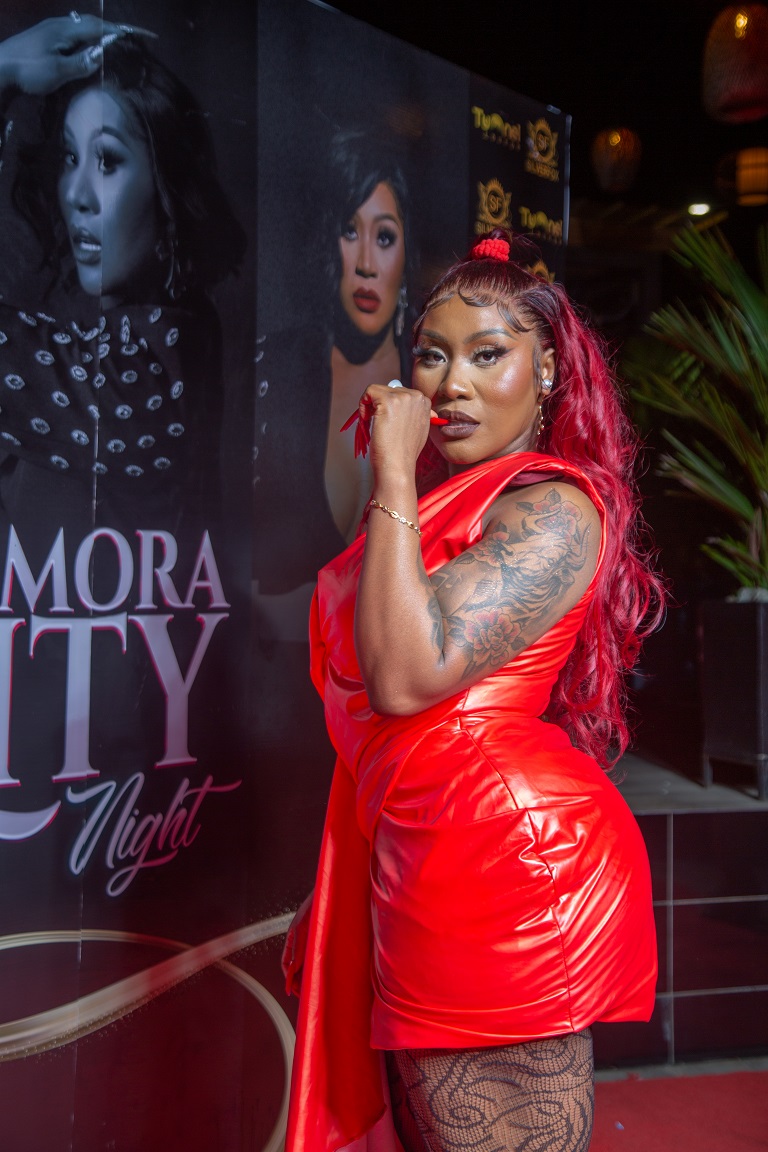 Ijekimora – The Nigerian Afrobeats Singer has activated her new single “Fire” in Ghana with an intimate concert held on Friday, November 25, 2022.

The night saw Ijekimora serenading audience to not just her latest single “Fire” but as well as her previously released songs “Sexy Papa”, Temptation” and “Stand By Me” (which featured Seyi Vibez). The night was also used to highlight her upcoming EP titled “Kimorality”.

The gig was steered by her Management as part of plans to fully activate her here in Ghana and the West African Region. Ijekimora is a Nigerian by birth but stayed in Dallas, USA, for a long time before relocating to Nigeria to pursue her music career. The Singer who has a soft spot for Ghana says she sees Ghana as her second home. Ever since she decided to go mainstream, she always does a Media Tour in Ghana prior to her releases.

Below are some exclusive images from her activation concert at Tunnel Lounge:

Connect with Ijekimora on social media via her handles below: 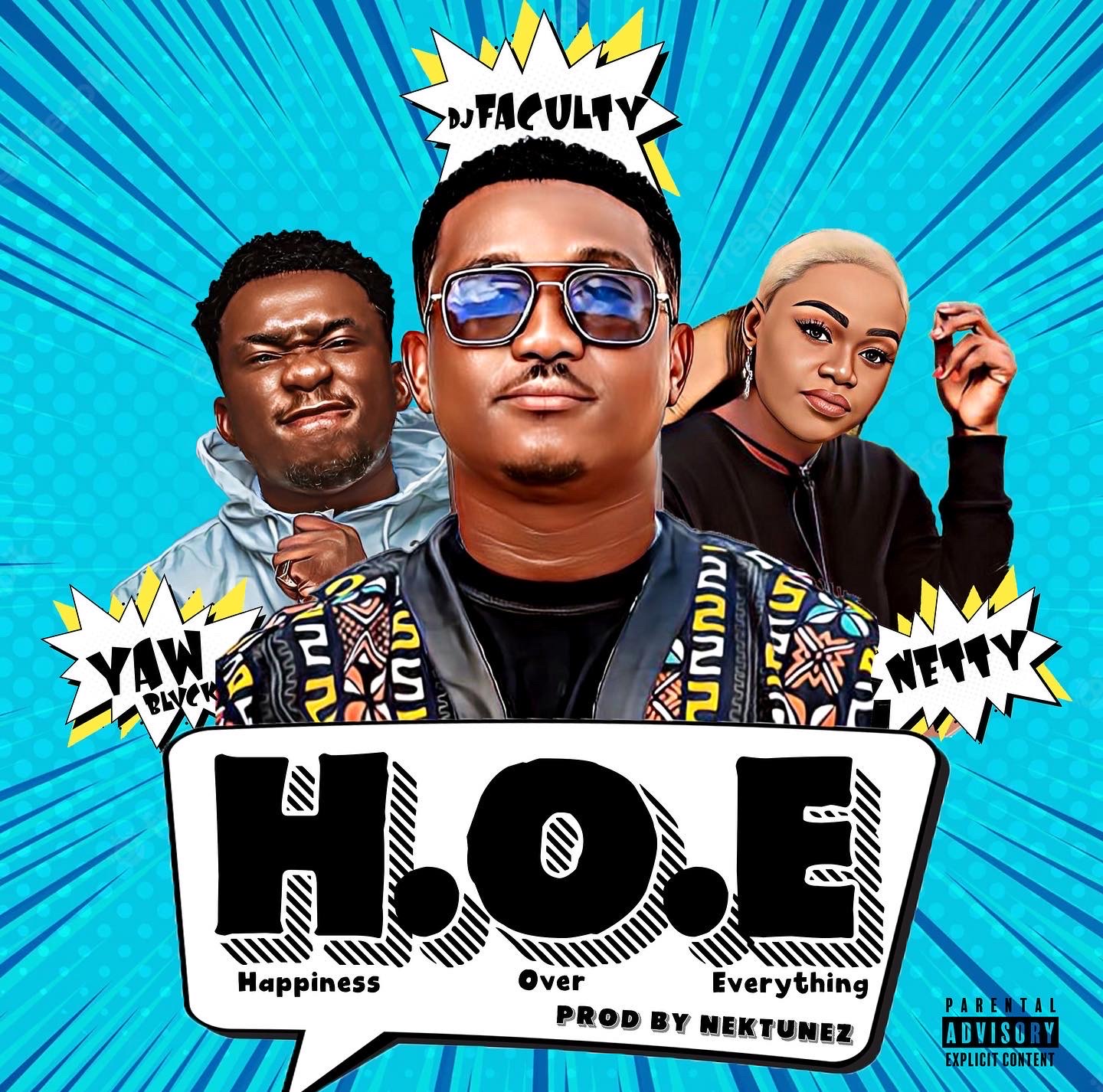 TV3 and 3FM’s buzzing jock, DJ Faculty, comes through with a new Afrobeats jam he titles “H.O.E” (Happiness Over Everything).

He recruits Yaw Blvck and Netty for this new single finely produced by Nektunez. The clean lyric jam is one that fits into current trend of songs that can easily get playlisted for the party music charts.

The song is one that promotes good life and positivity, urges the youth to choose happiness always, regardless of any bad circumstance(s) they might find themselves in.

Distributed by Ditto Music, the song is available on Apple Music, Spotify, TIDAL, and other known global music streaming platforms.

Georgina Osei Trending With New Song “Speak To Me” 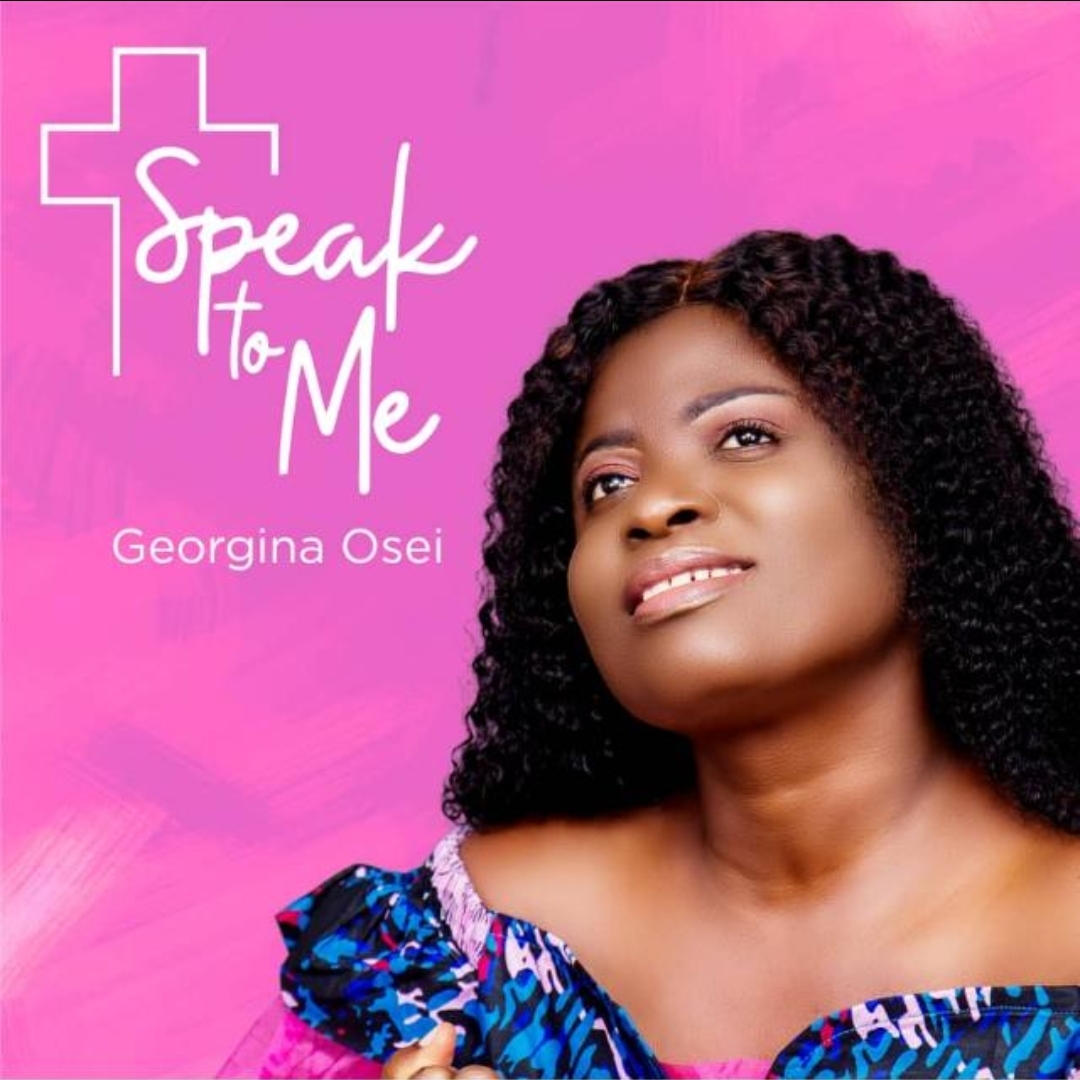 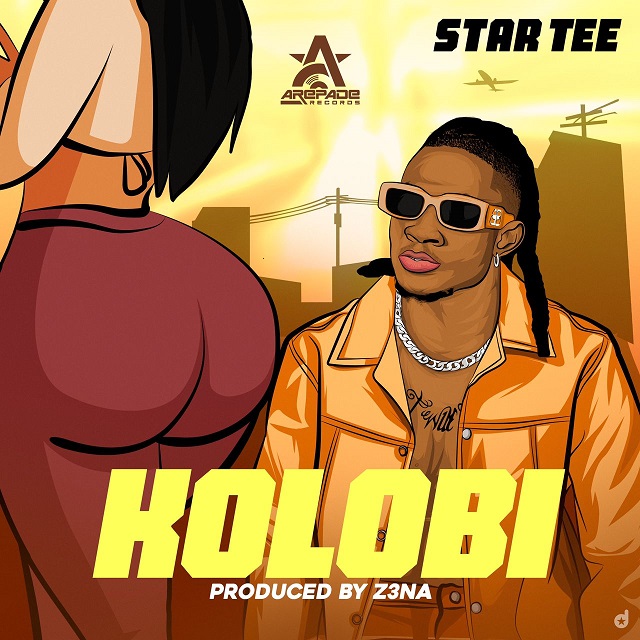 After releasing a smashing new single with Camidoh few weeks ago, Star Tee does a follow up with a new one he titles “Kolobi”. He dropped “NoBe Me” featuring Camidoh about a month ago.

He goes after the ladies again with this themed song as he poses as a Ladies’ Man. “Kolobi” is a single off his upcoming EP.

Star Tee, a Nigerian fanning his career in Ghana is poised to break through the scene here just like many of his Nigerian compatriots have done.

With a passionate vocal delivery Star Tee falls in line with every part of the beat produced by Z3na.

“Kolobi” is out on Major Streaming Platforms.

Mawuli Younggod Drops “If You Be Star” With The Moni 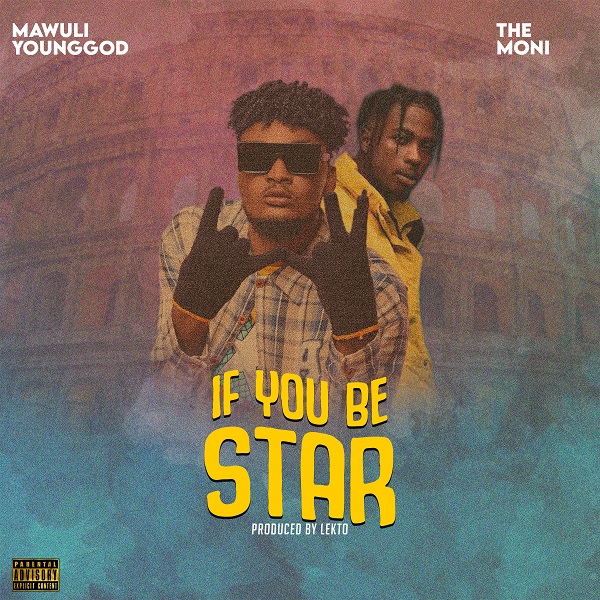 With an already busy last quarter for the fast-rising Rapper, Mawuli Younggod, playing shows back to back, he drops a groovy jam for his fans to enter the Christmas period.

He drops “If You Be Star” with The Moni to rave on the current buzzing bangers he uses to claim the stages across his home Region, Volta.

The Amapiano inspired single fits into the current trend of waves and makes it an easier one to curate into the DJs’ playlist. It was produced by Lekto. 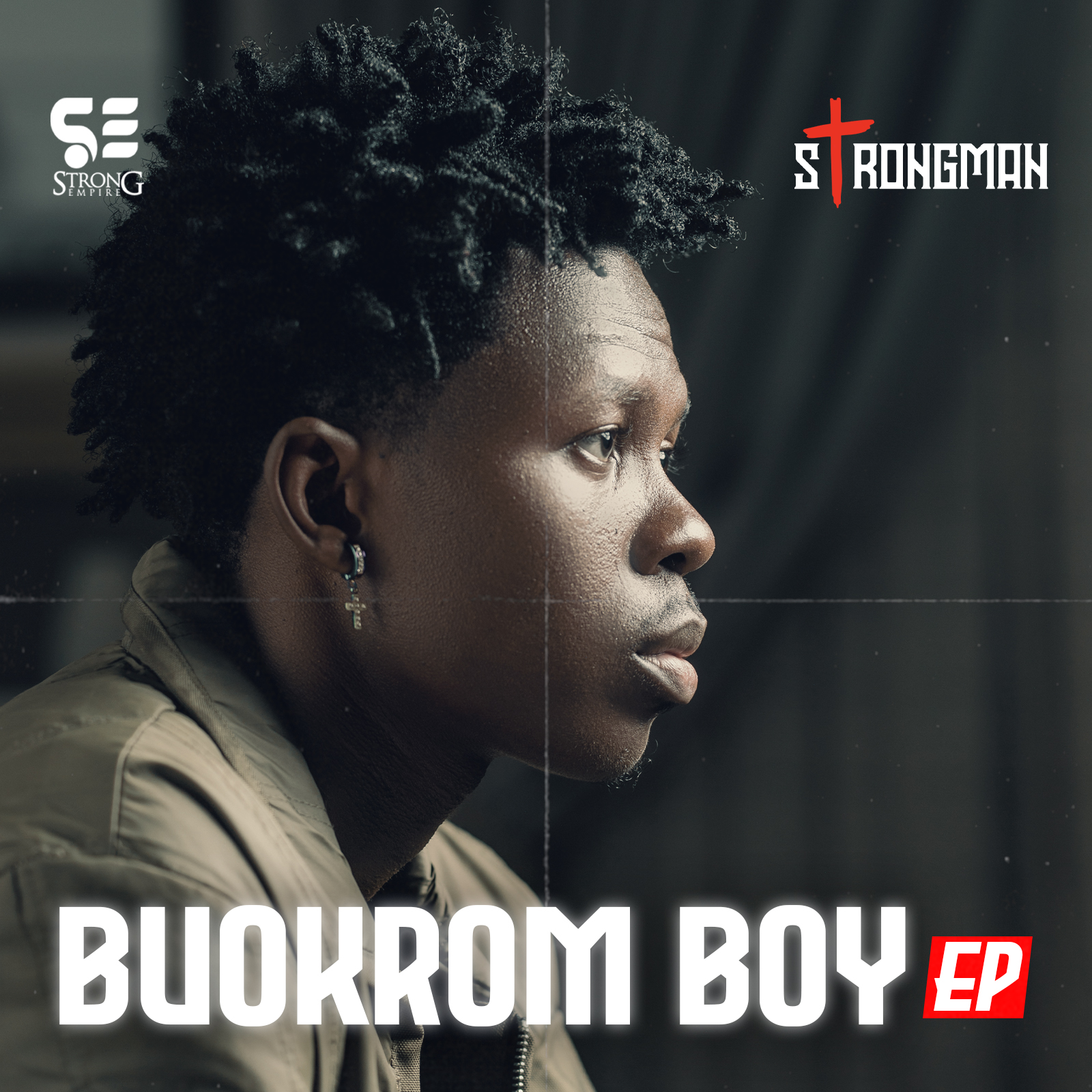 The prolific rap sensation has under the auspices of his Strong Empire Label sorted fans out with his highly anticipated 7-track EP.

Other tracks on the EP include Goated & Ekwan! It’s a holistic masterpiece with something for everyone from the Afrobeats lovers jam right down to the indigenous bass lines and slashing high hats of a dope hip hop tune.

The Buokrom Boy EP translated to mean ‘Stonecity’ is named after a famed neighborhood in Kumasi, the capital of the Ashanti Region where Strongman hails from.

He takes listeners right back to his roots where it all began and gives a taste of what indigenous music sounds like from his hometown with the fusion of the Adowa rhythm and his dope bars.

He’s got something for everyone courtesy producers such as Fimfim, Atown TSB, TubhaniMuzik, Mix Masta Garzy, and JoeKoleBeat who worked magic on this project.

Whatever your expectations of a Strongman EP is, this exceeds it by a mile! 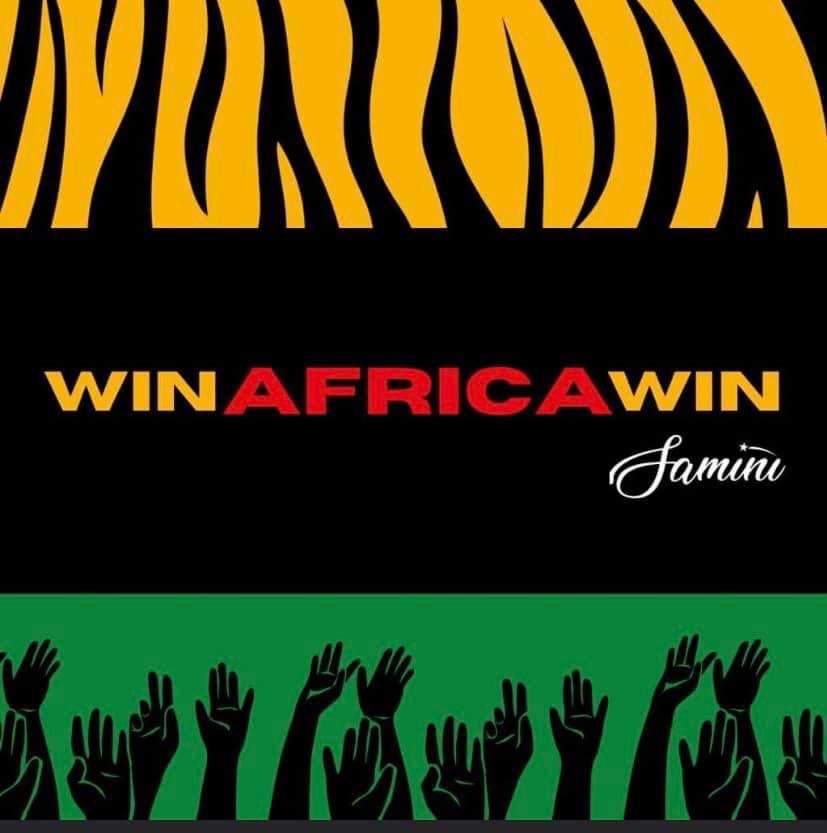 Producer JMJ, now known as JR Music seems to have the magic touch anytime he connects with Samini in the recording both. Both gentleman have just created another magic with “Win Africa Win”.

The song released by Samini this week is not only a Black Stars’ cheer song for the ongoing Qatar 2022 FIFA World Cup, but also a song to cheer all African Countries in the tournament.

Take a listen to the song here and drop your comments after listening. Go Ghana! Go Black Stars! Ghanaian but USA based artiste and producer, Magic Rocker is out with a hot lekker and banging jam he names, “Sweet Like Sugar”.

The song which is a salad of Highlife, Hiplife and Afrobeats rhythm will put you in the mood to dance. The banger, ” Sweet Like Sugar” sang in the Ghanaian local language, “Ewe”, plows the topic of something which is natural but tastes just like sugar.

Have you tasted that  something that is not sugar but tastes like it? 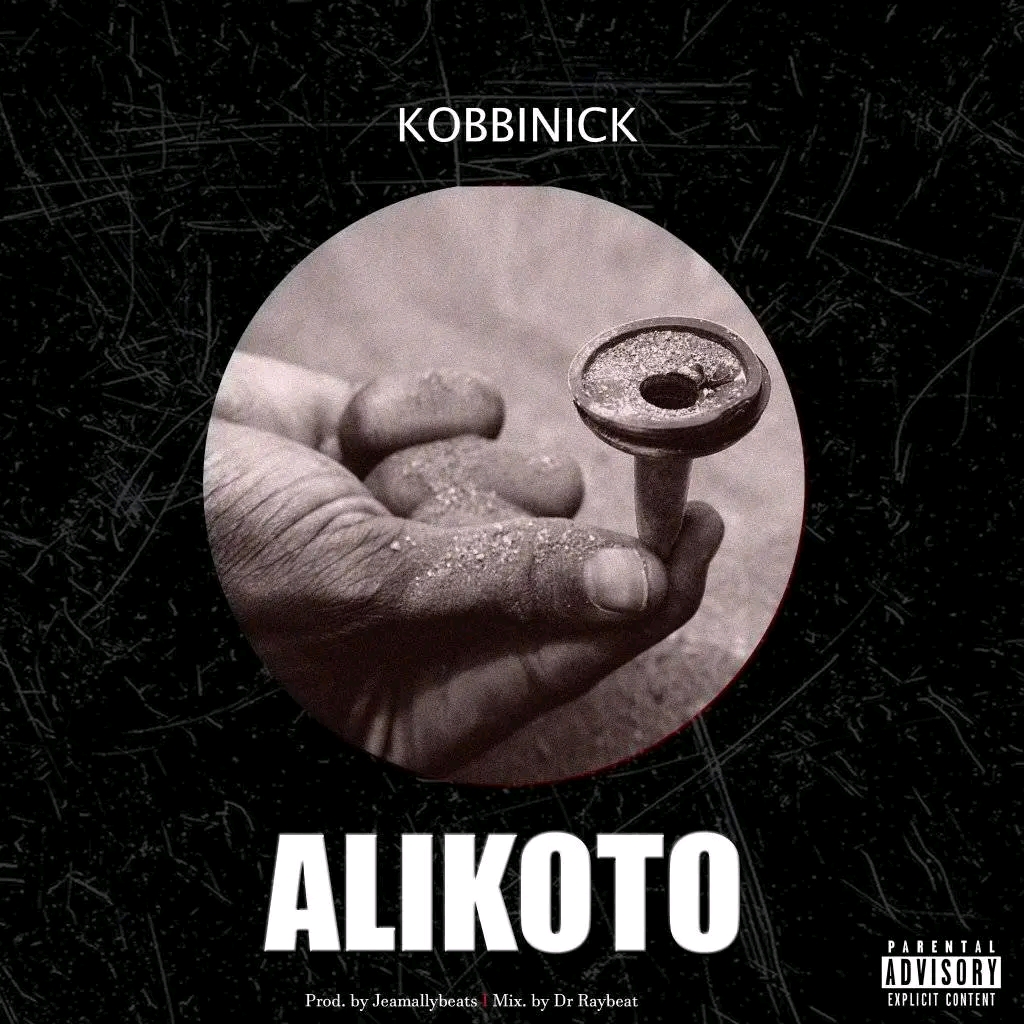 Ghanaian UK Base Musician Kobbinick is in with a controversial Afro song ‘Alikoto‘.

The long awaited song is finally out of the bag to wet your listening pleasure.

The young talent adapts a new style on this particular song to exhibit his uniqueness and versatility.

Alikoto has Drray Beats on the mixing desk. Enjoy the new potential banger from the links below

Strongman, Kofi Mole And Others To Shut Offinso Down On Christmas Day